In memory of David Turkington

In loving memory of David Turkington

David Turkington, passed away peacefully at 10:10 pm on JULY 30, 2019 after a short battle with cancer. He is fondly remembered by his wife Donna Turkington, his mother Jean Turkington, brothers Alan and Iain Turkington, two step-children John Faires and Lynne Faires Seale and lastly his 6 step-grandchildren – Anastasia, Autumn, Diego, Rainn, Jakson and Avery. He is predeceased by his father David Turkington and brother Colin Turkington. While we were watching the Amazing Race Canada we had our last conversation. He said “LUV you as well”. This particular show happened to feature Parksville BC and the surrounding area; where David & I had planned to retire. David will always be remembered for his willingness to help others around him, his dedication to his work, his freedom in conversing with any and all who were around him, his caring and gentle nature —- and of course, his love of Tim Hortons coffee. David had one last request of any and all who read this. That is to make provisions for their families futures in the form of up to date wills, powers of attorney, and medical representation documents. This request is a result of David watching me having to rush to get those documents in place during his short illness. We became very aware that you never know how short time is. So he wished all who knew him would honour him by being as prepared as possible. HE WILL BE MISSED BY ALL WHO KNEW HIM and especially by me for: his generous nature to friends and strangers alike, his love of whale watching and cruising to far away places, and his willingness to spoil me rotten with hugs, time, gifts, and conversation.

REST IN PEACE MY GENTLE GIANT 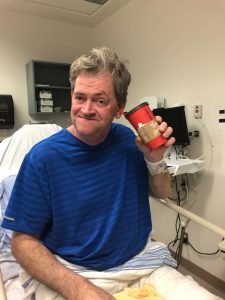 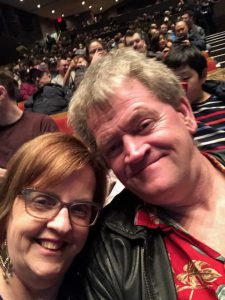