Critical care for a third of BC

Royal Columbian Hospital is currently undergoing one of the largest government-funded health care redevelopments in British Columbia’s history. This $1.49 billion project presents an unprecedented opportunity to elevate critical care at a hospital that serves one third of our province’s population. 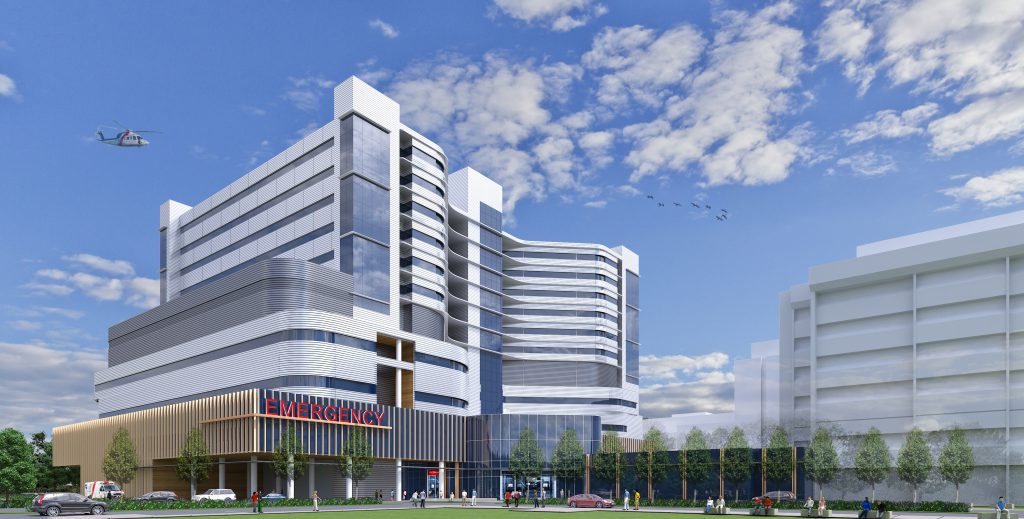 Angie Bisset was reading when she first heard the strange gargling sound. Their golden retriever started running back and forth, barking. Angie decided to check on her husband, who was working out in their Nanaimo home.

“Basically, he was stuck in the kneeling position, straining forward, making this weird roaring sound,” Angie recalls. “He was unresponsive.”

A CT scan at their local hospital discovered a ruptured brain aneurysm. The 39-year-old was suffering from a hemorrhagic stroke.

From Nanaimo, Martin was rushed to Victoria, and plans were put in place to fly him urgently to Royal Columbian Hospital in New Westminster.

Utilizing an innovative procedure that is only performed at a couple of hospitals in the province, Royal Columbian neurosurgeon Dr. Navraj Heran guided a catheter through a small incision up to the aneurysm and used small coils to fix the problem.

Interventions like this are at the core of modern health care. Every day, interventional specialists at Royal Columbian Hospital step forward to turn the tide for their patients – often with minimally-invasive procedures during emergencies like Martin’s.

Stroke and cardiac care are set for tremendous growth and advancement as Royal Columbian undergoes phase 2 of its unprecedented $1.49 billion hospital redevelopment.

A new Acute Care Tower, set to begin construction in 2020 and be complete in 2025, is being designed to speed up access to interventional care for heart disease and stroke and increase our capacity to treat more patients.

The Acute Care Tower will contain an “interventional super floor” which includes four suites exclusively for interventional cardiac procedures. Already, Royal Columbian serves as the region’s emergency room for the heart and has the busiest cardiac catheterization labs in the province.

The interventional super floor will also feature four suites for interventional radiology, able to treat strokes using minimally-invasive techniques available only at a very small number of hospitals. Royal Columbian plays an integral role in stroke care in our region, as the cornerstone of a 24/7 Acute Stroke Team.

A year and a half after his life-threatening stroke, Martin feels thankful. 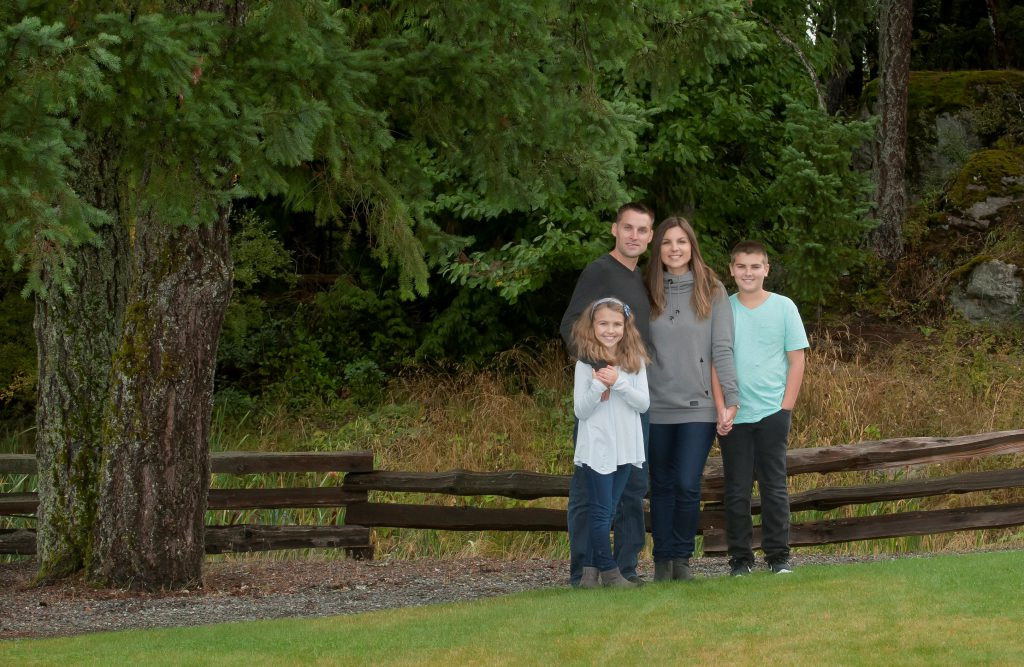 Martin Bisset, with wife Angie and their two children, was flown in to Royal Columbian Hospital from Vancouver Island in 2017 following a hemorrhagic stroke.

The hospital’s redevelopment will transform patient care in several other departments too. For instance, the new Acute Care Tower will house a state-of-the-art Emergency Department with 75 treatment bays – increasing total space by more than half.

As one of two Level 1 Trauma Centres for adults in BC, Royal Columbian is equipped, trained and certified to deal with large-scale catastrophes. It receives more Air Ambulance patients directly from accident scenes than any other hospital in the province.

It’s where 79-year-old Ken Barrett was rushed after a car t-boned his vehicle at an intersection in Surrey. A devoted fan and volunteer at Agassiz Speedway, Ken has seen the occasional car crash over the years. But this one left him with traumatic injuries that required three surgeries.

“I don’t remember anything,” says Ken about the crash. “I wasn’t aware of anything for the next month or more.”

Among his surgeries, Ken had specially-designed titanium plates attached permanently to his ribs.

“The type of care I was given, right from the accident scene, probably contributed to the fact that I am still here,” he says. 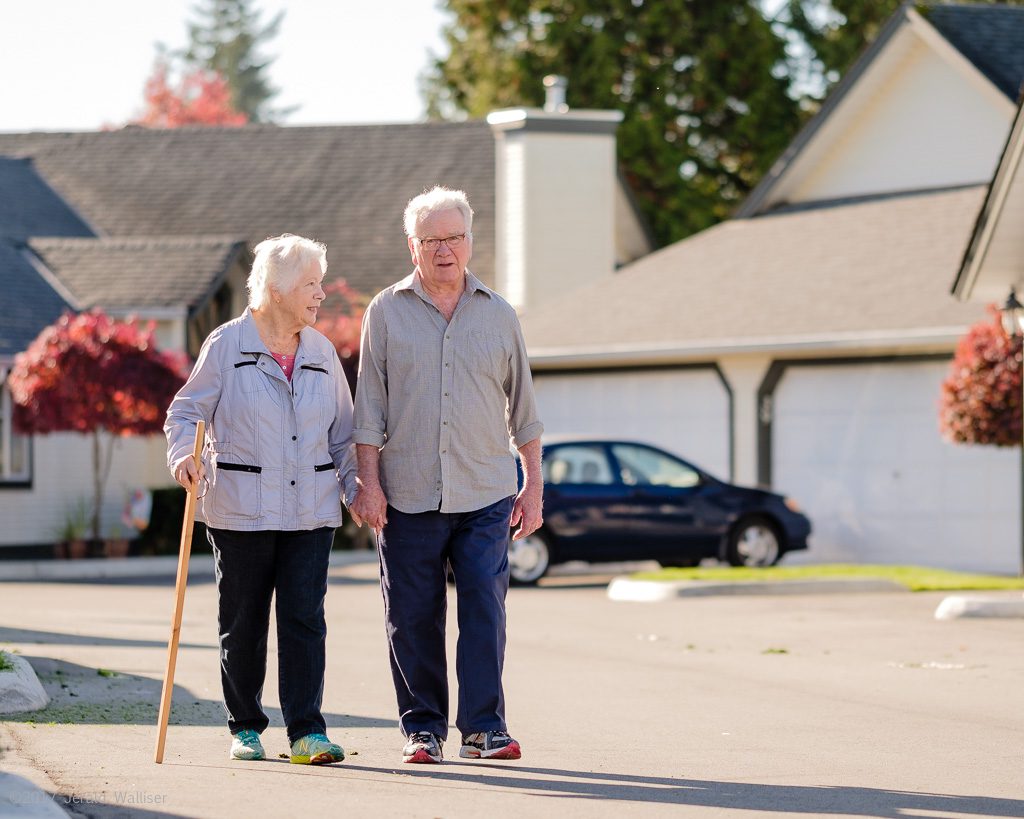 Ken Barrett was airlifted to Royal Columbian after a crash at an intersection in Surrey.

Also, one operating room will be purpose-built and always available for trauma patients, to help avoid interrupting scheduled surgeries.

These additions and improvements will speed up admission, assessment and treatment. The hospital will have more space to accommodate all types of ER patients, and trauma patients can avoid being moved from one part of the hospital to another to get the scans they need.

For mothers and children, care will be highly integrated in the redeveloped hospital. Royal Columbian is a referral facility for high-risk maternity. It is the only hospital in BC that has the capacity to treat both the mother and baby in certain critical care maternity cases.

When Melanie Bodhi developed complications while 24-weeks pregnant, she was flown in from Prince George to Royal Columbian. Then, at 25 weeks and six days into the pregnancy, baby Felicity was delivered. She weighed 550 grams.

“We were really lucky, I think, to go to Royal Columbian, because the staff there were so amazing and supportive,” says Melanie. 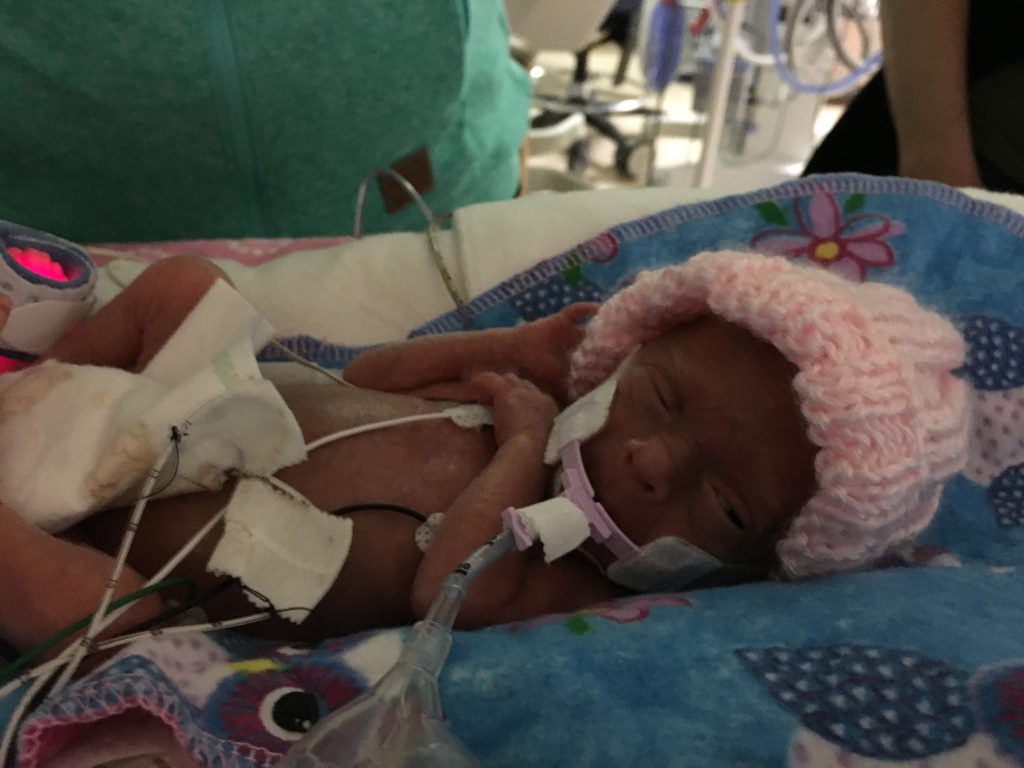 Felicity Landrey was born at Royal Columbian Hospital, weighing 550 grams, after her mother was flown from Prince George because of complications.

On average, Royal Columbian delivers 3,000 babies annually – and with the region’s projected population growth, this number is expected to increase.

The new Acute Care Tower will house a new 48-bed Maternity department, helping to care for 3,000 births each year. Most of the department’s rooms will be single-patient rooms to allow families the opportunity to bond in a private and dignified setting.

The NICU’s 24 beds will also be converted to single-patient rooms, allowing hundreds of parents each year to enjoy valuable bonding time with their newborns in a private setting. These critical changes will allow our clinical teams to address the growing needs of families in the Fraser Health region.

In addition to providing support to women with high-risk pregnancies and newborns requiring critical care, Royal Columbian Hospital is a regional pediatric care centre. In the redevelopment, the Pediatric department will grow by four additional beds for a total of 16.

Royal Columbian’s redevelopment presents an unprecedented opportunity to elevate critical care at a hospital that serves one third of our province’s population. Our time is now. It is Royal Columbian Hospital’s turn in the spotlight, and what is before us is the challenge of a lifetime. We can only achieve this bold vision with your help. Visit whereBCfights.com to help us Fight for BC.