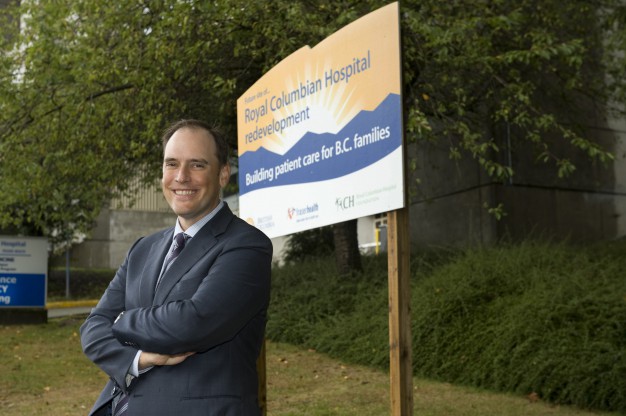 The honour, given by the Vancouver chapter of the Association of Fundraising Professionals, celebrates an individual who supports philanthropy through their professional work as a seasoned fundraising professional. The award was presented during a National Philanthropy Day event on November 14th.

“We proudly congratulate Jeff on being recognized for his leadership in the charitable sector,” says Royal Columbian Hospital Foundation Chair Doug Eveneshen. “Royal Columbian Hospital is poised for significant redevelopment in the coming years, and Jeff’s experience will be instrumental in finding ways for the community to support this project.”

Norris joined the team at Royal Columbian Hospital Foundation in September from Kwantlen Polytechnic University (KPU), where he had worked since 2006. Prior to that, Norris spent seven years as director of annual and corporate giving at St. Paul’s Hospital Foundation. He’s also worked for the Heart and Stroke Foundation and the Kidney Foundation.

In 2012, he was awarded a Paul Harris Fellow by the Rotary Club of Ladner for his community work. In 2014, Norris was recognized by Business in Vancouver with a “Forty Under 40” Award for his business accomplishment.

The Giving Hearts Awards Program recognizes outstanding individuals and organizations who exemplify the true spirit of philanthropy. In addition to recognizing Norris, the Association of Fundraising Professionals has presented a lifetime achievement to Cathy Daminato, whose career includes serving as Royal Columbian Hospital Foundation Executive Director from 1997 until 2003.