[caption id="attachment_9048" align="alignnone" width="150"] The Board of Directors and staff of Royal Columbian Hospital Foundation are pleased to introduce Jeff Norris as President and CEO. 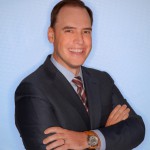 New Westminster, B.C. – {September 15, 2014} –The Board of Directors and staff of Royal Columbian Hospital Foundation are pleased to introduce Jeff Norris as President and CEO.

“We are delighted to welcome Jeff at a time when the Foundation prepares for one of the largest hospital redevelopments in Canada,” says Foundation Chair Doug Eveneshen. “Jeff has a long history in fundraising work and has made a positive impression on every non-profit he’s joined.”

Norris comes to Royal Columbian Hospital Foundation from Kwantlen Polytechnic University (KPU), where he worked since 2006 as Chief Advancement Officer and also served as CEO of the KPU Foundation and executive director of the KPU Alumni Association, a group he was involved in founding.

Working with a dedicated team of volunteers and staff at KPU, Norris helped its fundraising activities increase more than tenfold since he started there. In addition to his duties with KPU’s Office of Advancement, the KPU Foundation and the KPU Alumni Association, Norris also oversaw KPU’s marketing department, external and government relations department and served on KPU’s senior executive team.

Norris started his career with the Heart and Stroke Foundation in the early ‘90s as a university student before he moved to the West Coast, working first for the Kidney Foundation and then joining St. Paul’s Hospital Foundation in 1999.

Norris spent seven years as director of annual and corporate giving at St. Paul’s, and was part of the team that increased the foundation’s annual fundraising from $2.5 million to $10 million. This included the foundation’s marquee campaign, Lights of Hope, which Norris grew from $167,000 to $1.7 million annually.

In 2012, he was awarded a Paul Harris Fellow by the Rotary Club of Ladner for his community work. In 2014, Norris was recognized by Business in Vancouver with a “Forty Under 40” Award for his business accomplishment. He is active in his community and regularly contributes as a volunteer and board member of various associations. He is married with two daughters.

Centre of excellence
Royal Columbian Hospital is a Fraser Health referral centre that provides the highest level of care to seriously ill and injured patients from across the province, including trauma, cardiac services, neurosciences, high risk maternity and neonatal intensive care. Royal Columbian Hospital is also a UBC teaching hospital with a Clinical Academic Campus.