This year's Making the Cut Charity Golf Classic raised more than $32,000 for Royal Columbian Hospital Foundation. In its three years, Making the Cut has earned close to $80,000 for the hospital’s equipment needs. 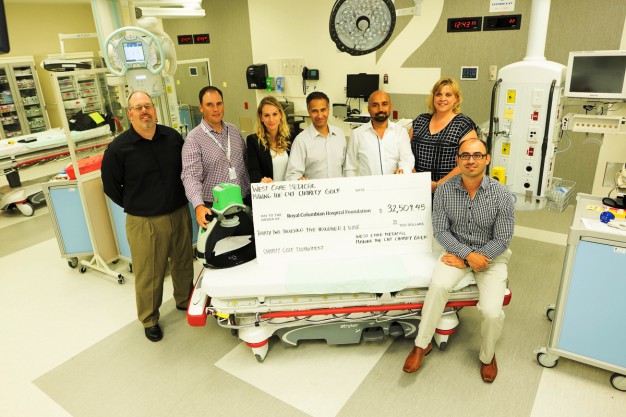 As the group was putting the finishing touches on the June 13th tournament, critically injured patients at Royal Columbian were beginning to benefit from a new piece of equipment purchased with money raised during last year’s event. The Belmont Rapid Infuser can be a lifesaver for patients who are rushed to Royal Columbian Hospital, having suffered massive blood loss. And soon, the hospital will add another critical piece of equipment, courtesy of this year’s amount.

In its three years, Making the Cut has earned close to $80,000 for the hospital’s equipment needs. Visit www.makingthecutgolf.com for details on registration and sponsorship.