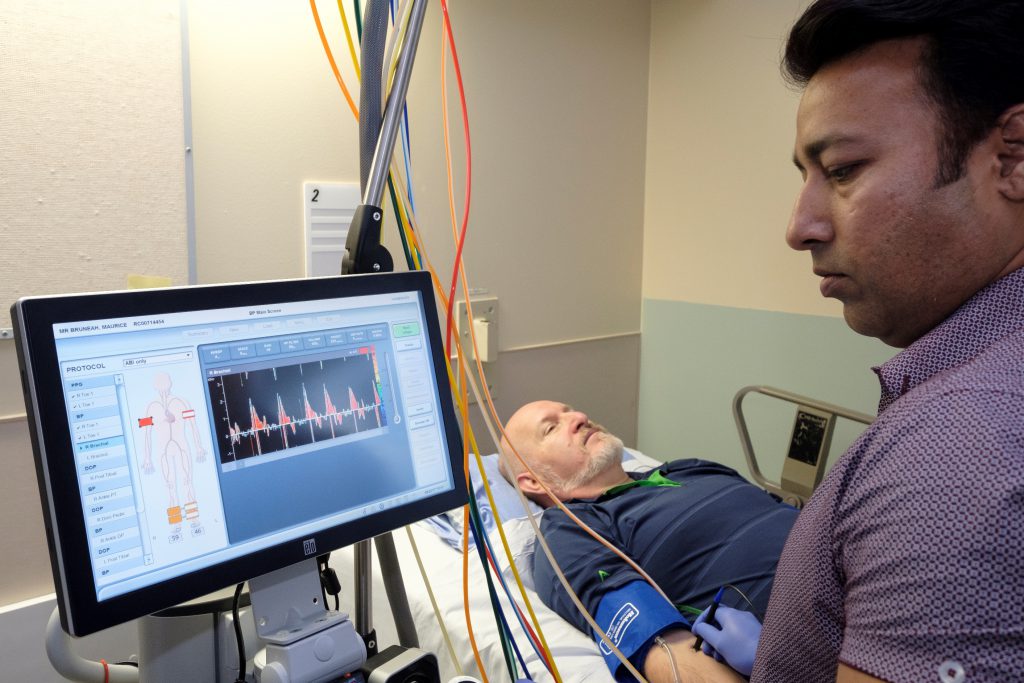 New Westminster, B.C. – {September 22, 2017} – Hundreds of patients at-risk of a common but under-recognized circulatory problem are expected to be assessed annually by a new clinic at Royal Columbian Hospital.

The vascular lab – launched with a $40,000 contribution from Royal Columbian Hospital Foundation – is the first in Fraser Health and only the third in Metro Vancouver.

The service will cater to people with symptoms that suggest peripheral artery disease (PAD), which is a narrowing of the arteries other than those that supply the heart or the brain.

“The classic symptom of PAD is leg pain when walking,” notes Royal Columbian Hospital vascular surgeon Dr. Kamyar Kazemi. “People with diabetes or heart disease, as well as those with a history of smoking, are among the candidates to be screened for peripheral artery disease.”

If untreated, PAD can develop into critical limb ischemia, which is a severe obstruction of the arteries which markedly reduces blood flow to the extremities (hands, feet and legs) and has progressed to the point of severe pain and even skin ulcers or sores. Amputation may be necessary in cases with severe complications.

People who are referred to the clinic by a family doctor would be assessed using a treadmill exercise test to identify narrowed blood vessels. Treatment options can then be identified in cases where PAD is confirmed.

“This clinic will allow people from throughout Fraser Health to be screened closer to home and sooner than before,” says Foundation President and CEO Jeff Norris. “We have been able to purchase the equipment for the vascular lab because of the generosity of many donors whose contributions have been combined to fund this life and limb saving initiative.”

Your care is critical