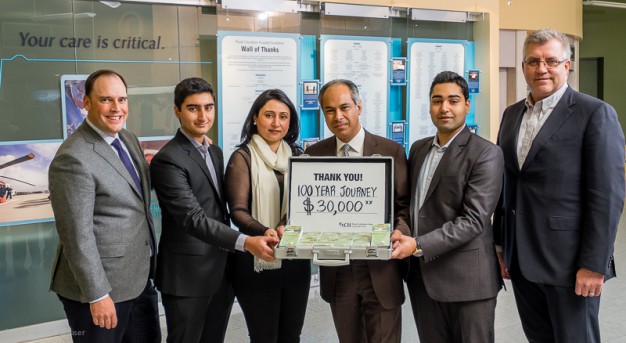 An effort to preserve and share the stories of South Asian pioneers to Canada has also resulted in generous support to BC’s busiest cardiac care centre.

The gift to the Foundation will help bring the latest technology and equipment to Royal Columbian Hospital’s cardiac catheterization lab – the busiest in the province and serving the entire Fraser Health region.

Royal Columbian Hospital Foundation wants to bring the latest technology and equipment to the hospital’s cardiac catheterization lab – the busiest in the province and serving the entire Fraser Health region.

Simon Ma knew he had high blood pressure. He is also the first to admit he had a poor diet, didn’t exercise, and he wasn’t being helped by his pack-a-day smoking habit. But the 50-year old Burnaby man is stunned at how suddenly his life almost ended one night while watching his son play hockey at a Surrey arena.

Ethel Goddard has led an impressively active life. Hiking, cycling, skiing, tennis: she and her husband would frequently gather the three children and spend time doing all kinds of outdoors activities. It’s a habit Ethel carried into her 80s, as the Langley resident joined local fitness group sessions and walked regularly. It was while out with her daughter that her condition dramatically changed.