Ethel Goddard has led an impressively active life. Hiking, cycling, skiing, tennis: she and her husband would frequently gather the three children and spend time doing all kinds of outdoors activities. It’s a habit Ethel carried into her 80s, as the Langley resident joined local fitness group sessions and walked regularly. It was while out with her daughter that her condition dramatically changed.

Mother and daughter were wrapping up their stroll, walking the dogs in her favourite park when Ethel’s heart attack struck without warning. “On the way up the hill, I felt nauseated,” she remembers. “I then started to sweat profusely. I had to take my sweater off. I had no pain, no chest pain, but everything was like a brain fog.”

A 911 call immediately alerted paramedics and firefighters, who arrived without delay. These first responders were equipped to do an electrocardiogram in the field, immediately diagnosing an acute heart attack. Following the emergency protocol, the first responders determined Ethel should bypass the local hospital and be taken directly to Royal Columbian Hospital.

Ethel doesn’t remember much about the ambulance ride but recalls thinking she was in a really bad situation. “I was awake enough to say ‘Ethel, you’re not going to make it. This is terrible.’”

The hospital’s interventional cardiology team was ready to go as she was brought in on the ambulance stretcher directly to the cardiac catheterization lab, which had been pre-alerted of the patient’s condition.

Interventional cardiologist Dr. Gerald Simkus was among those ready to respond that day. “On arrival to the cath lab, it was very clear Ethel’s condition was critical, and she was in shock, frankly dying before our eyes of a massive heart attack.”

Ethel was immediately brought into the cath suite, where an angiogram quickly identified the blockage in a large right coronary artery. The team then performed an angioplasty, opening up the blocked artery with a balloon and stabilizing the blockage with a stent, restoring the blood flow to her heart, and successfully aborting the heart attack. 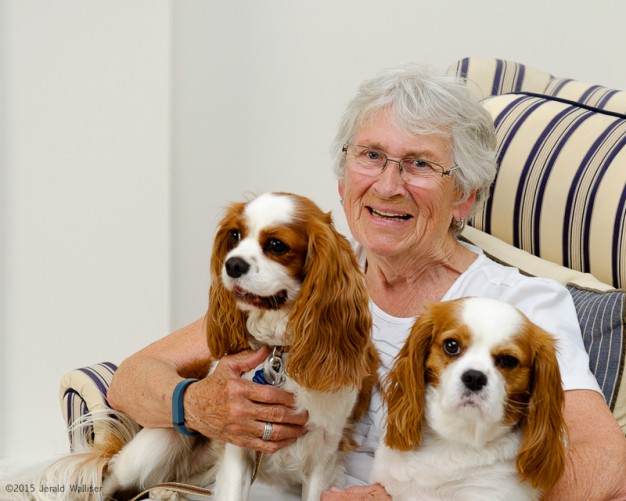 Not that long ago, someone of Ethel’s age and condition had only a small chance of surviving. “With the advent of acute infarct angioplasty, it’s dramatically revolutionized the care,” says Dr. Simkus. “This is the clearest area of where we’re saving lives. Royal Columbian Hospital is the Fraser Health region’s tertiary cardiac care centre. We are the Cardiac Emergency Room for the whole region.”

Time matters, and Dr. Simkus values the ability of paramedics to collect information by conducting an electrocardiogram at the scene. “Saving that time is crucial,” he says. “The larger the heart attack, the more important it is to open up the artery as soon as you can to help prevent damage to the heart muscle.”

Ethel is impressed with the efficiency in which the interventional cardiology team operates. “I don’t think I would have survived if I had gone anywhere else,” she says. “The doctor worked really hard to get the heart going properly.”

She stayed in hospital recovering for four days before she returned home. Two months later, she is back to leading an active life. “I don’t make a very good patient, lying in bed,” she laughs. “But I do appreciate, they were really good there, I must say.”