Cassii Clark has had many medical appointments since she became pregnant right around the start of the global pandemic. These have included weekly ultrasounds during pregnancy over concerns about her baby’s slow growth, an induced labour at 37-weeks, and an urgent late-night trip to the hospital after lab tests revealed high bilirubin levels in her newborn girl Quinn. The two have also been making regular visits to get Quinn treated for clubfoot, a process made more comforting from knowing that Dr. Shafique Pirani, the Royal Columbian pediatric orthopedic surgeon providing that care, is widely recognized for his pioneering work in correcting the deformity.

“Even the people at Children’s Hospital were like, go to him,” recalls Cassii, who lives in Langley.

For more than 25 years, Dr. Pirani has forgone surgical and other clubfoot treatments in favour of a largely nonsurgical method developed by Dr. Ignacio Ponseti of the University of Iowa hospital in the 1960s. Weekly gentle repositioning castings of the newborn’s foot over a few weeks correct most of the deformity, which is then fully corrected by a minor outpatient tendon surgery (tenotomy) under local anesthetic. A sleep time brace, worn until just before kindergarten, prevents relapse. Long-term outcomes are very good in most cases for freedom from pain and preservation of function.

“I thought this is fascinating because here was a guy from a reputable university, well known in pediatric orthopedics, who showed how you could fix clubfoot without surgery 30 years before I started,” says Dr. Pirani. “This is kind of the amazing thing – nobody was doing it, but it made total sense to me.” 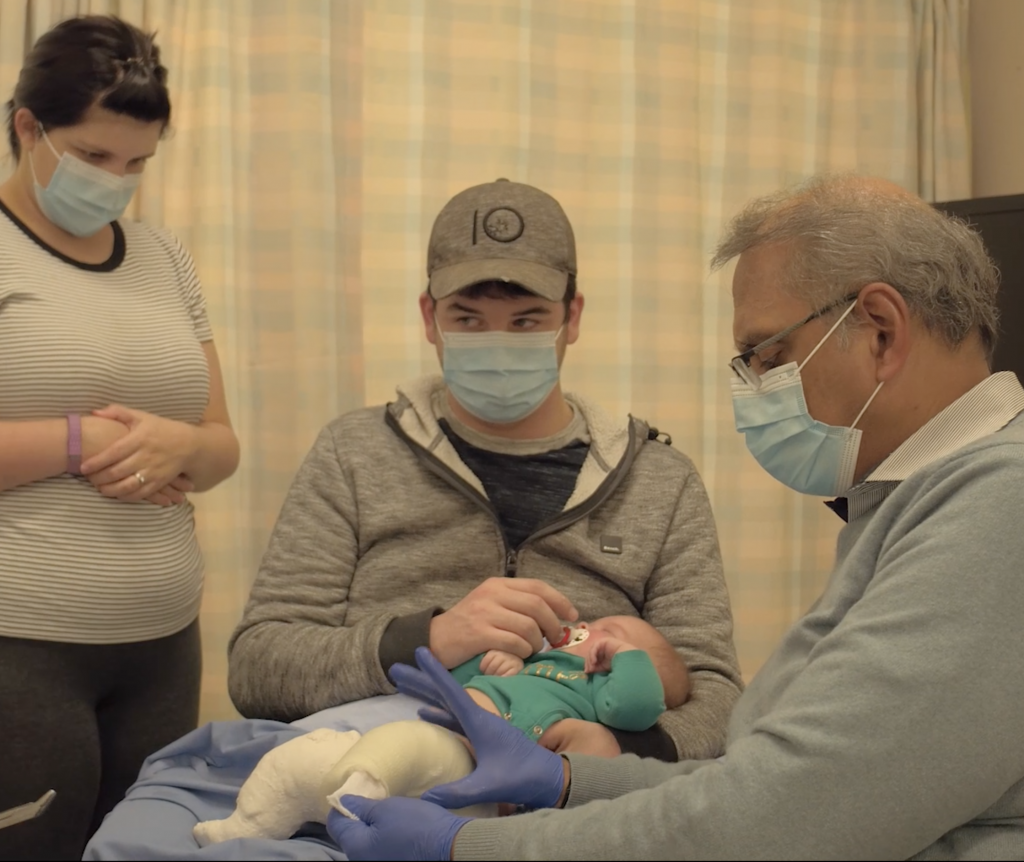 Photo: Dr. Shafique Pirani (on right), during a casting as the baby sleeps.

Dr. Pirani began to use the method at Royal Columbian in 1996, carefully evaluating effects of treatment with a clubfoot clinical assessment tool and newly acquired MRI technology (thanks to Dr. David Hodges). The results were dramatic – all components of the deformity were corrected, confirming Dr. Ponseti’s treatment hypothesis, and helping convince clinicians all over the world to see its true value.

Dr. Pirani helped popularize the method initially in Canada and then across all continents. Dr. Pirani brought the method to his native Uganda in the 2000s, training others how to teach the method in Uganda’s schools of healthcare for sustainability.

“I was able to start training people in Uganda. Not treating children, but training Ugandans how to do this, because then you have a multiplier effect,” says Dr. Pirani.

Quinn was nearing the end of her castings in early 2021 when mom Cassii was asked for her thoughts about the Ponseti Method. She says the results are telling. 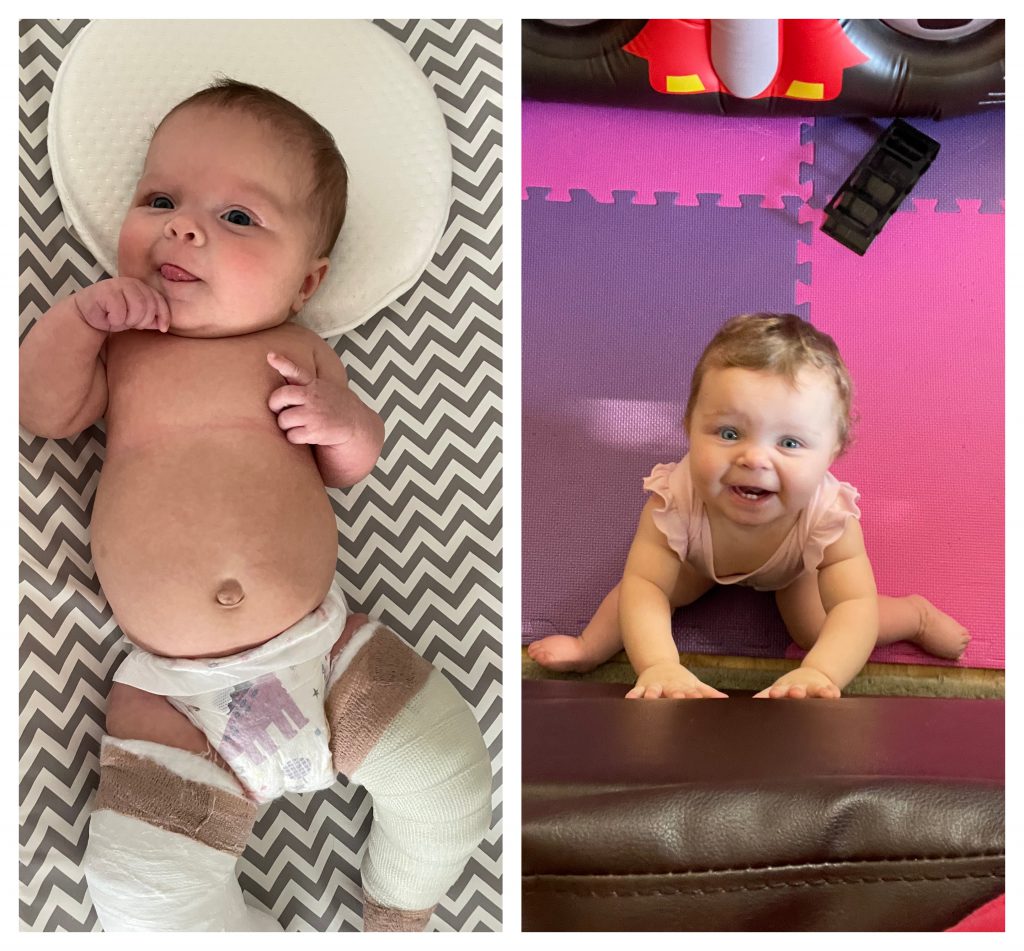 “If you compare pictures from when she was born to now, her feet are completely normal,” says Cassii. “Dr. Pirani is really caring. First thing he asks every time, ‘How is Quinn? How are you?’ Usually the answer is we are good.”