Burnaby’s Colvin family had just returned home from an annual Christmas Eve tradition in 2018 when 33-year-old daughter Bridget started feeling dizzy and unwell. As the discomfort and chest pains grew worse, her parents called 911. Shortly after firefighters and paramedics arrived, her heart stopped. The paramedics shocked her heart, and Bridget was rushed to Royal Columbian Hospital, becoming the third member of the family to require lifesaving cardiac care at the hospital in a span of just under three years.

“I knew she had chest pains, but then all of a sudden I heard they needed the paddles,” recalls Bridget’s mother Debra. “I was just numb, because I couldn’t believe her heart had stopped.”

After her successful defibrillation, Bridget’s heart was beating again as she arrived at Royal Columbian’s cardiac cath lab, which performs more angioplasties than any other hospital in the country.

Bridget had a 100% blockage in the her right coronary artery, and interventional cardiologist Dr. Roger Philipp treated the occlusion with a single stent. Three-and-a-half days after suffering a cardiac arrest, Bridget returned home.

“50% of all deaths occur in the first hour when you have a heart attack,” notes Dr. Philipp. “It’s always important for people to call an ambulance as opposed to driving themselves.”

While it’s very unusual for someone Bridget’s age to suffer such a major cardiac emergency, a trip to the cath lab was not a new experience for the Colvin family. A little over two years prior, Bridget’s father Paul needed angioplasty at Royal Columbian. In his case, four stents were required to restore blood flow.

Paul had been feeling unwell but kept putting it off. When the 61-year-old finally went to the hospital, he was surprised to learn he had suffered a series of heart attacks.

Paul’s brother David became the third member of the family to receive cardiac care at Royal Columbian when the 74-year-old went in for replacement valve surgery in the summer of 2019. 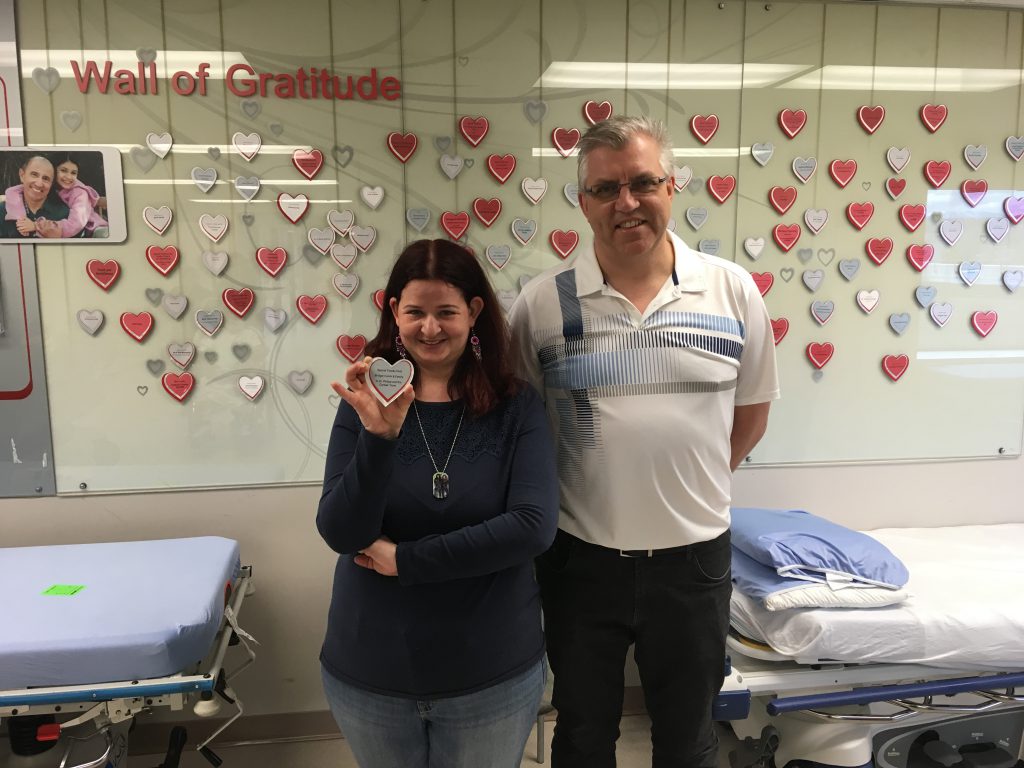 Bridget Colvin is joined by Dr. Roger Philipp as her family thanks the hospital’s cardiac team with a donation.

Support cardiac care for a third of British Columbians