Darby Hamilton had learned to live with the headaches that had plagued her for the past couple of years. But this time was unlike anything she had ever felt before. The pain left the 26-year old Mission resident screaming in agony. She eventually would be transported to Royal Columbian Hospital – the region’s brain and spine centre – where she soon slipped into a coma and, according to her neurosurgeon, was minutes away from death. 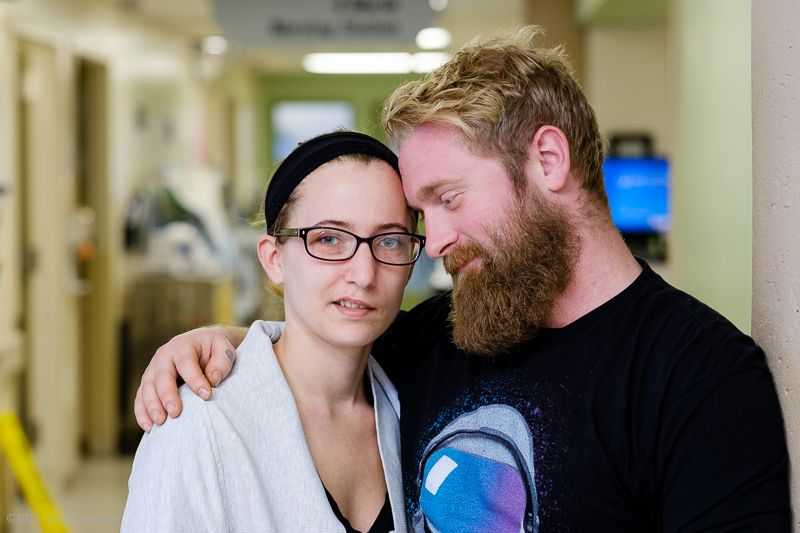 “It was on the left side of my head, just an agonizing pain,” recalls Darby. “It was incomparable to a normal headache.”

Unbeknownst to her, Darby had a colloid cyst, a benign tumour that was located right in the geographic centre of her brain. It was blocking the regular flow of cerebrospinal fluid, a condition called hydrocephalus, causing immense pressure in her head.

“The day that Darby presented, she came closer to death than anyone that I have ever looked after,” says neurosurgeon Dr. Michael Nikolakis.

Darby was rushed into the operating room for an emergency procedure to ease the pressure in her head. Dr. Nikolakis inserted two catheters to drain the fluid. Darby was stabilized.

But the medical team still had to remove the tumour from its very difficult and dangerous location. To give Darby her best chance at a full recovery, Royal Columbian Hospital ordered a new piece of equipment that had never been used before in its facilities.

The NICO BrainPath allowed Dr. Nikolakis to slide a microcatheter right next to the tumour and gradually cut it off in pieces.

The device arrived in just over a week, as Darby rested in hospital, and Dr. Nikolakis says the operation went smoothly.

“It essentially caused no brain damage on our way in or out,” notes Dr. Nikolakis. “Darby woke up neurologically intact.”

Now, four months later, Darby has not had a single headache. She’s returned to work and her single side-effect is a droop on one side of her face.

“Every single nurse that I dealt with was so compassionate, and they clearly love what they do,” says Darby. “The doctors, they are just wonderful. Dr. Nikolakis, I mean, he saved my life. I couldn’t say more angelic things about the man. I just love this hospital.”

Make a difference for patients like Darby. Provide support for our neurosciences team when the moment is critical.