26-year-old Vince Li had been battling a fever for several days in March 2020 when he made his way to the hospital in Burnaby. The results of an X-ray and blood test revealed tell-tale signs of COVID-19. Doctors decided to immediately sedate, intubate, and send the young man to Royal Columbian Hospital, one of the province’s primary COVID-19 sites. There, he became the youngest COVID-positive patient to be mechanically ventilated in the hospital’s intensive care unit during the pandemic’s spring peak.

“I didn’t have a chance to tell anybody,” Vince recalls after hearing he would be placed in an induced coma. “My mom was outside at the waiting area in the ER, and social workers called her.”

“His blood levels of oxygen were ridiculously low, so he needed quite a lot of oxygen to support him,” explains Dr. Robert Sharpe, a critical care physician at Royal Columbian Hospital. “His carbon dioxide levels were also quite high. It was quite difficult to blow off CO2 because his lungs were greatly inflamed from the body’s reaction to the virus. He was pretty touch and go early on.”

A personal trainer and competitive mixed martial artist who controlled his type 2 diabetes through diet and exercise, Vince remained hospitalized for a month and remembers nothing about the first three weeks. During that time, ICU teams kept a close watch on his blood gases, made sure his organs were getting enough oxygen, and watched for signs of new infections.

Since there is no specific treatment yet for COVID-19, patients are supported medically in the hopes they can fight off the virus.

“He fooled us a couple of times, where we thought he was ready to come off the ventilator,” says Dr. Sharpe. “And then we just needed to give him more time, and he turned around.” 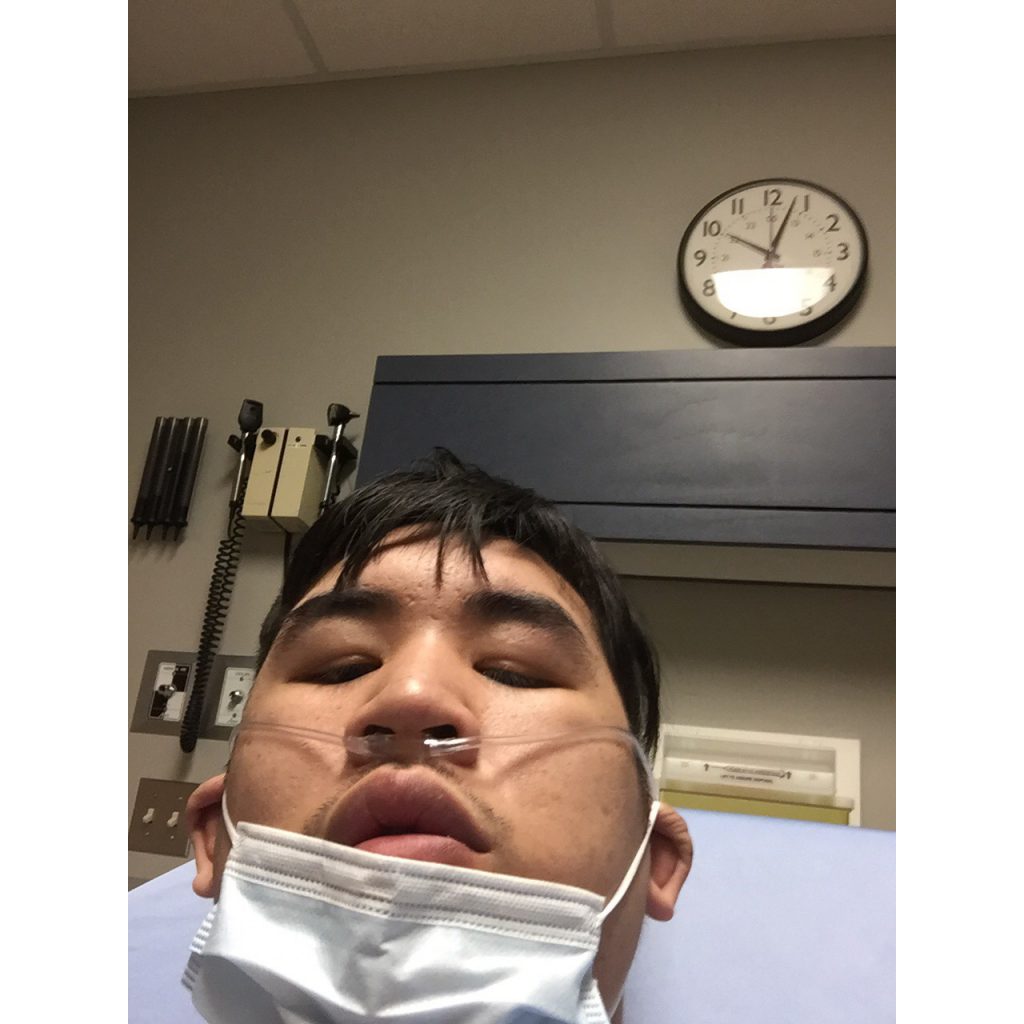 Vince Li was hospitalized after contracting COVID-19 in March 2020.

When he regained consciousness, Vince was surprised at the amount of weight and muscle he lost. It took him a while to start moving comfortably again.

“In the beginning, it was pretty rough,” Vince says.  “I didn’t realize that being in a bed for a month, I could have so much muscle atrophy.”

While his time at Royal Columbian is hazy, he says the care – from the doctors to the nurses and physiotherapists – stands out, as does other, simpler milestones.

“My fondest memory was getting the tubes out of my nose and eating actual food for the first time in a month,” says Vince. “That felt pretty good.”

Help us provide Royal Columbian’s healthcare team with the facilities and resources needed to give patients like Vince a fighting chance.

Donate today and support our hospital’s fight against COVID-19.