Moe Bruneau discovered he was diabetic several years ago while undergoing tests following a minor heart attack. The reality of his type 2 diagnosis became much more evident later, when a blister on his left foot led to the loss of two toes.

“I didn’t think much of it because it’s a blister, and I have had many,” says the 54-year old Maple Ridge resident. “I thought I had it under control, and one day I looked at my foot, and it had swollen up quite large.”

Moe was sent from his local hospital to Royal Columbian Hospital’s vascular team, which performed surgery to save the rest of his leg. He’s received follow-up care since.

“I am right now taking different medicines and doing exercises and being proactive to help my health and keep my blood sugars under control,” he says.

During one of his follow-up visits, Moe became the first to undergo a new assessment at Royal Columbian that aims to identify and help at-risk patients before severe complications develop in their limbs.

The hospital, with help from donors to Royal Columbian Hospital Foundation, has opened a new vascular lab – the first in Fraser Health and only the third in Metro Vancouver.

Diabetics are among those commonly affected by an under-recognized circulatory problem known as peripheral artery disease (PAD), which is a narrowing of the arteries other than those that supply the heart or the brain.

“The classic symptom of PAD is leg pain when walking,” notes Royal Columbian Hospital vascular surgeon Dr. Kamyar Kazemi. “People who have diabetes, heart disease, smoke or have a history of elevated cholesterol are among the candidates to be screened for peripheral arterial blockage.”

People who are referred to the clinic by a medical provider are given a two-part assessment that includes a treadmill exercise test to identify narrowed blood vessels. 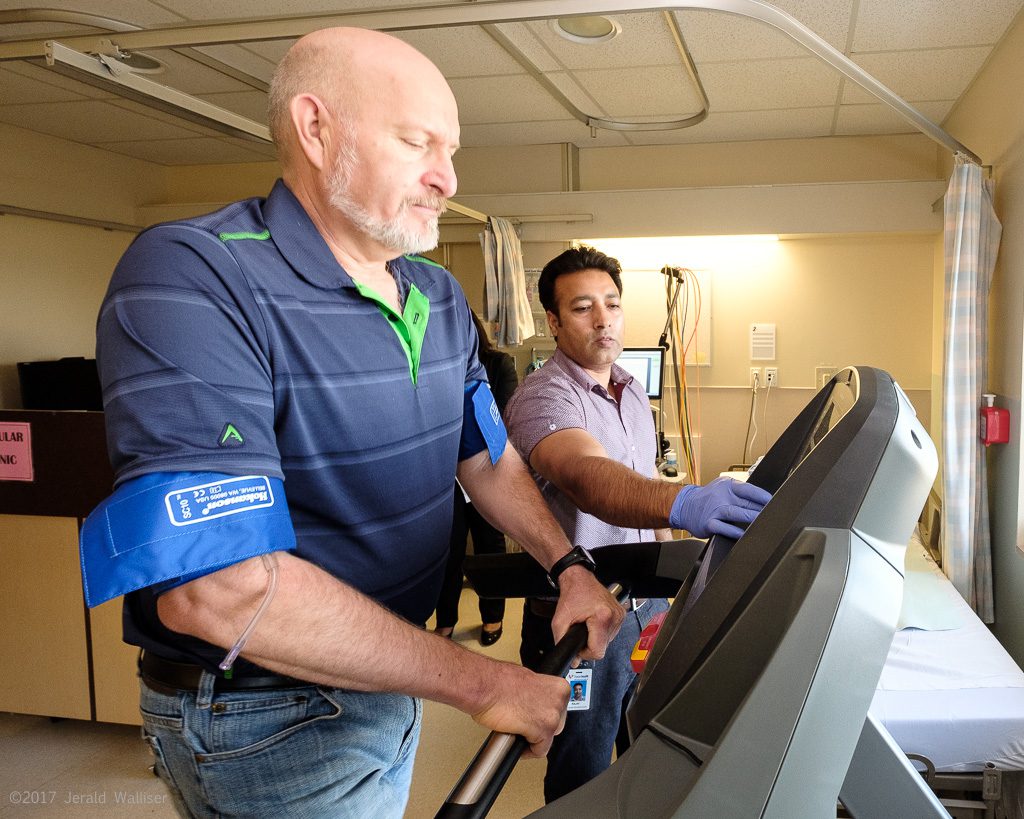 “They discovered my left leg is definitely worse than my right leg,” says Moe after being screened.

Treatment options can be discussed in cases where PAD is confirmed.

Moe feels a personal connection to the vascular team and is grateful for their care.

“They are very good at what they do,” he says. “Every time I am in there, they give you that personal feeling. They are fantastic people.”

Provide support for caregivers and advances in healthcare that makes a difference for patients like Moe.