In mid-April 2020, New Westminster resident Olga Angus turned a remarkable 108-years-old. It’s an anniversary that is one for the record books worldwide, because of a life-saving cardiac procedure seven years earlier at Royal Columbian Hospital.

In 2013, at the age of 101, Olga underwent a transcatheter aortic valve implantation (TAVI), a minimally-invasive procedure that is performed at only a small number of hospitals in the province, including Royal Columbian.

“She was getting shortness of breath and some dizziness,” recalls her daughter Marilyn Negrin. “She was tired, tired all the time. That’s unusual for her. She was always active. Even at 101, she still lived in her own home and was able to do a lot of her own housework.”

When aortic stenosis occurs, usually in older adults, it prevents the aortic valve from fully opening. Most patients who need treatment undergo open heart surgery to replace the valve with an artificial one.

But people who are considered high-risk are instead offered TAVI, which delivers a new valve by threading a catheter up from the groin artery to the heart without the need for a large surgical incision. Because of Olga’s age, Drs. Albert Chan and Tim Latham decided TAVI was her only option.

“In general, when we assess someone about the candidacy of TAVI, we look at their expected longevity,” explains Dr. Chan, an interventional cardiologist. “We usually want to see patients free of other terminal illness and to have a life expectancy of at least two years in order to benefit from the valve procedure.”

Because Olga was otherwise in good health, the cardiac team felt she was a good candidate and could recover quickly. The former elementary school teacher became the oldest TAVI patient at Royal Columbian, and she is now believed to have lived longer than anyone else in the world who has undergone the procedure.

A day after the procedure, Olga was up again and was back home after the third day.

“I can remember mom asking the doctor at one of our checkups whether the procedure was going to prolong her life,” says Marilyn. “They explained to her at that time that it would not so much prolong her life, but that it was going to give her a better quality of life. But little did we know how well she’s done over all these years.” 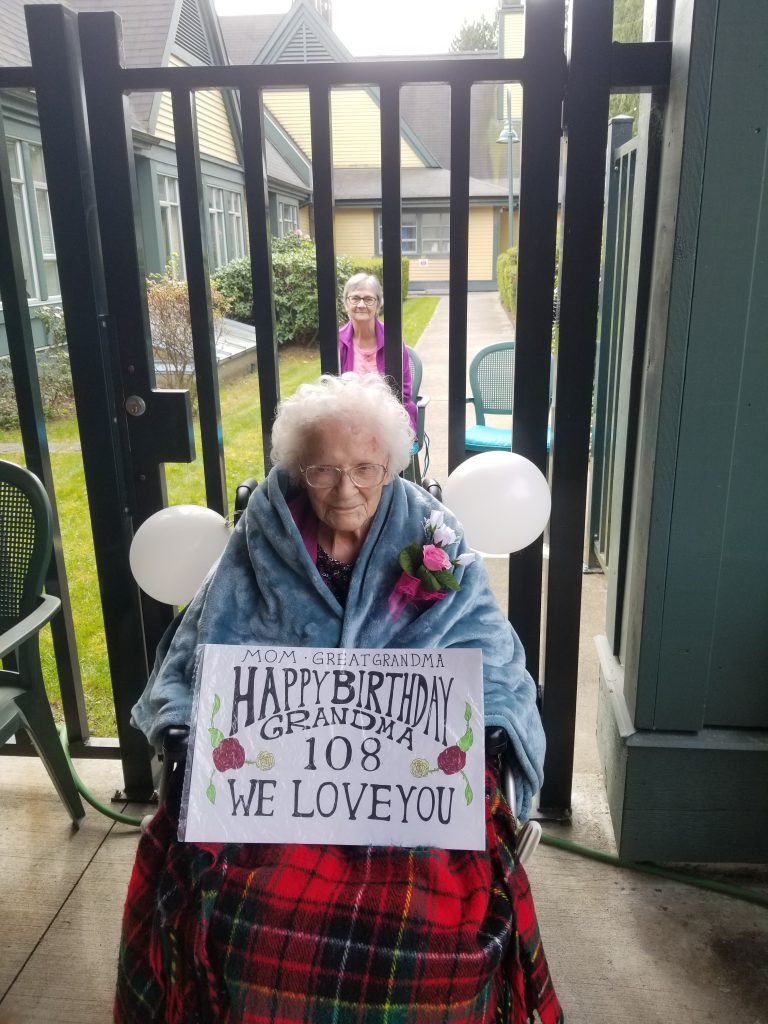