John Brugman had been managing symptoms of inflammatory bowel disease for two decades when doctors discovered a mass in part of his colon. Surgery was scheduled at Royal Columbian Hospital, but the mass proved only to be the beginning of a months-long health nightmare that included blood clots, an emergency operation, cardiac arrest and cancer.

“I had ulcerative colitis for a long time,” says John today, more than two years after he was first encouraged by his family doctor to see a specialist. “You learn to live with it. But that time, it got worse, a lot of pain.”

Plans for surgery came up against a first hurdle when hospital tests uncovered blood clots in his lungs and leg. John spent the next six weeks on blood thinners.

His operation was scheduled for the day after the anticoagulation treatment completed. But on the eve of surgery, with John in the hospital as an admitted patient, a sudden emergency caused the medical team to throw the surgical plan out the window.

“I came to the hospital as always,” says John’s wife Carla. “I usually do a nice hot wash for him, but he said no, he’s freezing. I bundled him up with two or three hot blankets. Then, boom, it changed. He said he is not cold anymore and wants me to take those blankets away.”

Unbeknownst to Carla, John’s colon had perforated, a life-threatening complication of ulcerative colitis.

Royal Columbian Hospital colorectal surgeons Dr. Elena Vikis and Dr. George Melich had been scheduled the next morning to perform a total proctocolectomy on John – basically removing the whole colon and rectum. Instead, John was brought to the OR for an emergency procedure to save his life.

The operation went well, and John made a strong recovery. Dr. Vikis intended to schedule a further surgery to complete the original plan. But then, a new emergency – John’s heart stopped.

Carla and one of her daughters had been with John in hospital when the two visitors decided to get breakfast nearby. On their way back, the phone rang with the frightening news.

“We didn’t believe it,” remembers Carla. “We ran to the floor again. We were not allowed in the room, because everybody was there already.”

The family credits the actions of a nurse who started CPR after John was discovered without a pulse. It’s unclear how long his heart stopped, and John remained unconscious for weeks in the Intensive Care Unit, delaying his surgery yet again.

The immediate concern, however, was John’s current condition. “We were really worried about him,” says Dr. Vikis. “We didn’t know what his neurologic function would be.”

Carla spent her days by John’s side and vividly remembers the moment her husband emerged from his coma.

“It took a couple of days, but little bit by little bit, his eyes opened,” she recalls. “Then one day, my daughter said, ‘He’s following you, mom.’ That was the biggest moment for us.”

While the cardiac arrest left John with speech difficulties, he slowly regained his strength. Following months of recuperation, John was ready for surgery with Dr. Vikis.

The colorectal surgeon, who has been at Royal Columbian since August 2012, is gaining a reputation internationally for a procedure known as transanal total mesorectal excision – TaTME. Dr. Vikis has treated more rectal lesions and cancers using her approach than any other surgeon in the country.

While cancer had not yet been confirmed in John, Dr. Vikis felt TaTME was a good preventative measure for removal of his rectum given the high risk of cancer in the remaining bowel.

Her suspicions were confirmed when pathology tests after the procedure identified two cancers in his rectum. This meant John needed one more surgery followed by chemotherapy. 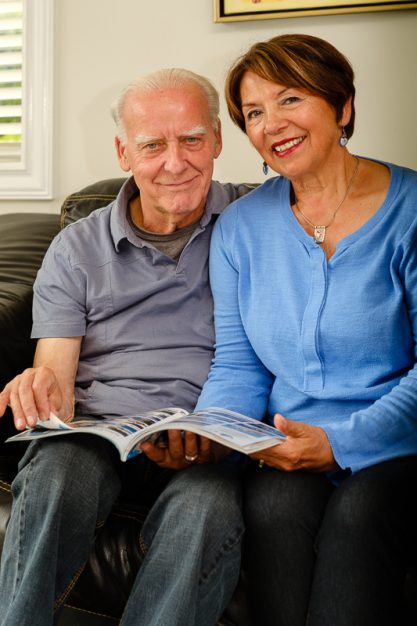 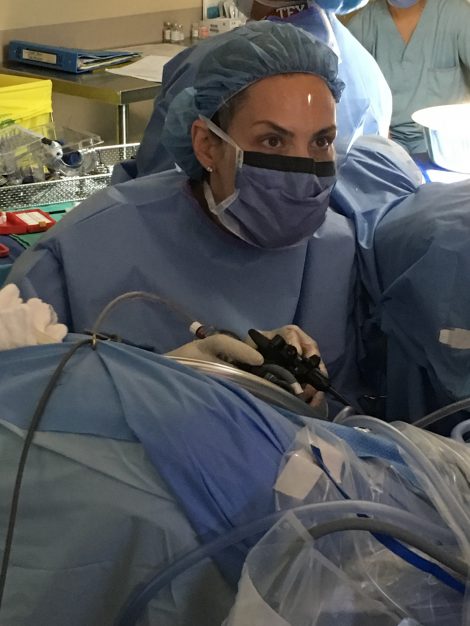 Six months after his treatment, and John says he feels good. The family is grateful to the medical team at Royal Columbian Hospital and in particular Dr. Vikis, whose persistence the Brugman’s daughter Pacha credits for helping her father get back to good health.

“Anytime we were uncertain of any situation, she always took the time with our family to make us understand and feel at ease,” Pacha says. “She was much more than a doctor to our family, and we feel very fortunate in every way to have her on our side.”

“She’s very good with patients,” says John. “She takes time and explains. It is her attitude. She always smiles and laughs. She is great.”

“She has a beautiful soul,” adds Carla. “She is very knowledgeable. She is a very educated woman.”