The first seven months felt remarkably smooth for Lindsay Davidson, who was preparing for the arrival of their first child with husband Ben Abel. But a routine check-up at 30 weeks sent the North Vancouver couple into a week-long tailspin that eventually brought them to Royal Columbian Hospital for an emergency delivery and an anxious introduction to parenthood.

During the check-up, Lindsay’s blood pressure was high enough that she was sent to the local hospital for bed rest and monitoring. There, she was diagnosed with preeclampsia, a potentially life-threatening condition that occurs in a small number of pregnancies.

“They were watching to see signs of distress in the baby and in me,” recalls Lindsay. “Five days later, they said my organs were shutting down. That’s when they made the decision to transfer me to Royal Columbian.”

As a high-risk maternity centre with one of only four Level 3 neonatal intensive care units in the province, Royal Columbian Hospital cares for expectant mothers and premature newborns from throughout the province.

For Lindsay, who had expected to give birth at her nearby local hospital, the transfer to Royal Columbian was a blur. For his part, Ben followed the ambulance along the highway in his own vehicle as they all headed to New Westminster.

“To be moved was kind of reassuring for me, I think in retrospect,” says Ben. “Because you knew they would be able to handle it at that hospital, whatever happened.”

Royal Columbian Hospital neonatologist Dr. Mudaffer Al-Mudaffer says preeclampsia can be life-threatening to the mother and subsequently to her yet-to-be-born baby if it becomes out of control.

“It can cause problems to the baby’s brain, the bowels, the lungs, and these can suffer from growth restriction with all its complications” he says. “The blood pressure to the mother can become so high and out of control, so the only way to bring control is to get the baby out.”

Doctors at Royal Columbian first tried to induce Lindsay before deciding on an emergency caesarean section.

“There were so many people in the room,” Lindsay notes. “I was very worried about the drugs, and the anesthesiologist was very reassuring.”

“I remember sitting back down and being quite emotional about it,” says Ben.

There were more anxious times ahead, as Charlotte was taken to the neonatal intensive care unit, where she would spend close to two months getting stronger and healthier.

“When you have a baby who is premature, it’s not the journey you had expected,” says Lindsay. “But we had the best, most positive experience at Royal Columbian.”

Lindsay and Ben made daily trips to Royal Columbian to be by Charlotte’s side as she gradually overcame the challenges of being born early.

“Babies that are born prematurely can get into breathing issues,” notes Dr. Al-Mudaffer. “They can’t breathe on their own, so they need help, whether it’s from a breathing tube or in the form of CPAP with a little mask on the nose. Also, they can’t feed right away, so we have to give them what they need nutrition-wise to help them grow. They are at high risk for infection. They get jaundice more than others. Also, they can get feeding intolerance. So it’s a magnitude of problems that affects almost every system.”

“There were all these milestones they wanted her to reach, which is stressful, but then when she reached them it was amazing,” says Lindsay.

The couple formed strong bonds with hospital staff and other parents during their time in the NICU. They remain grateful to the team that includes doctors, nurses, respiratory therapists and social workers, many of whose names are quickly recalled during a conversation more than two years later.

As for Charlotte, she’s now a healthy, happy and energetic child.

“I am so happy and proud of her,” says Dr. Al-Mudaffer. “Very energetic, full of life, very pleasant and always when she comes to the office, it’s a welcome visit.”

“But we knew that even before she was born,” adds Ben. 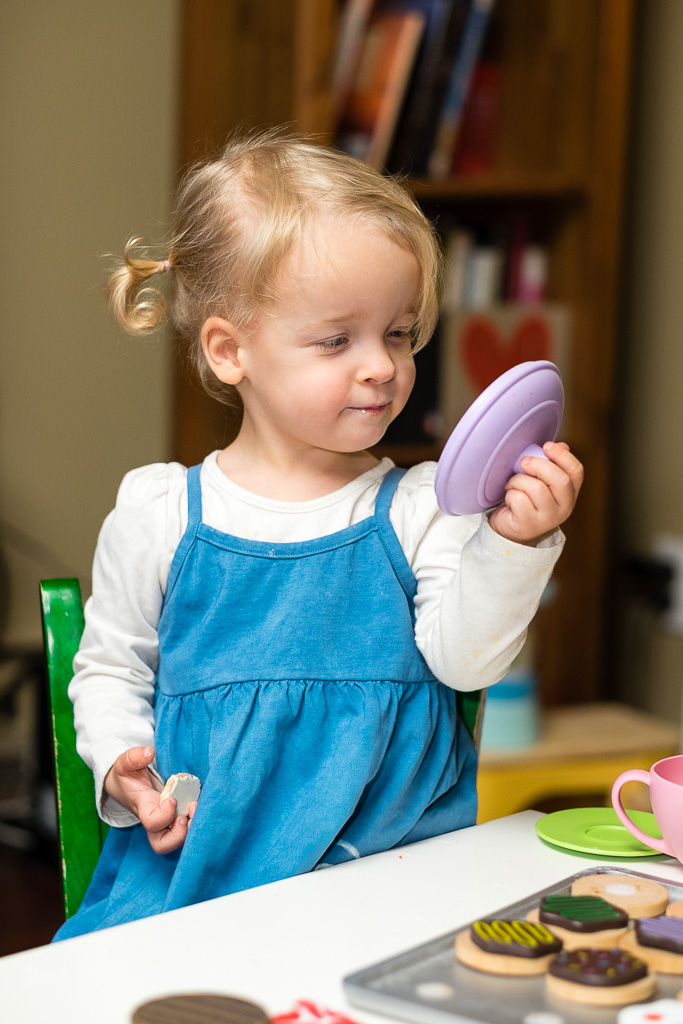 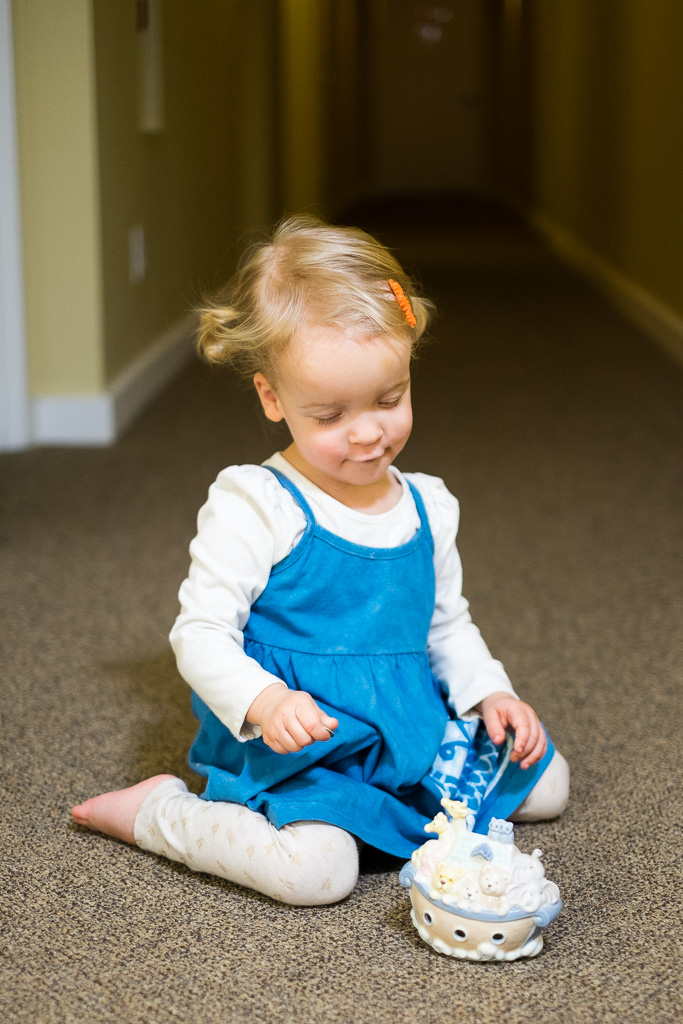 Charlotte playing at home, more than two years after being born prematurely at only two pounds eight ounces.

In gratitude for the care provided by Royal Columbian Hospital’s neonatal intensive care unit, Ben has employed his musical talents to fundraise for the NICU. He organized a charity event in June 2015 and is planning his second annual effort for June 23, 2016 at Studio Records in Vancouver.

Make a difference for our littlest patients like Charlotte. Provide support for our high-risk maternity & NICU teams when the moment is critical.