"They call me the Miracle Man," said 60-year old David Woo, who is still recuperating from life-threatening injuries when he was hit by a car six years ago.

More than a Miracle

After a charity dinner, he was walking across the street to where his car was parked. The restaurant was just blocks from his long-time home in Burnaby. Normally David would have walked, but that night a torrential rain was falling. He decided to drive instead and parked his car across the street from the restaurant. That decision changed his life.

As he crossed the road, a car traveling 50mph struck David. All of his ribs were broken, puncturing his lungs and causing them to collapse. He also suffered a lacerated liver and kidneys, a fractured hip, cuts, bruises and head trauma. His injuries were so severe, David was taken immediately to the Royal Columbian Hospital — the major trauma centre for the region. David had emergent surgery to remove part of his lung before being admitted to the Intensive Care Unit (ICU).

David’s wife Ming and daughters Jacquie and Karen rushed to the hospital where they learned more about his condition. “After the surgery, they brought dad into the ICU. He was put on a special oscillator ventilator to help him breathe. We learned there is only one of these special ventilators at RCH,” said Jacquie. “You really have no idea how important it is to have this special equipment and technology. If another patient already needed it that night, Dad wouldn’t have made it.”

In the morning, Dr. Gordon, Intensivist, delivered the worst news to the Woo family. “All the signs tell us that your father is probably not going to survive, but we will do everything we can to get him through this.” As a last resort, the doctors recommended additional interventions. The first was to insert a monitor at the bedside to measure David’s brain pressures and oxygen levels. This helped them to decide the best treatment for his closed head injury. Dr. Keenan, Intensivist and Medical Director of the ICU, ordered a second treatment: to turn David over onto his stomach. This opened his lungs as much as possible while he was on the oscillating ventilator. With several chest tubes and IVs in his body, four nurses and two respiratory therapists managed the difficult task. When David made it through the night, everyone was surprised, including the doctors.

“Luckily for me, I had three beautiful women looking after me 24 hours a day,” said David with a twinkle in his eyes. His wife and daughters, there day and night, were supported by everyone in the department. “The staff was all so caring and compassionate, it was amazing,” said Jacquie. 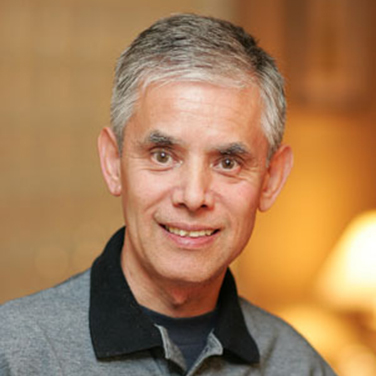 “While Dad was in the ICU, we always felt comfortable leaving him there every night,” said Jacquie. “Even though it didn’t feel natural or right, we knew that he was in good hands.” After over a month in the ICU, David was transferred to the Critical Care Unit at RCH and eventually to one of the recovery units. Today, David is happy to be home while he continues his rehabilitation as an outpatient.

“They call me the Miracle Man, but I really feel it was more than a miracle. My attitude helped me pull through. It really pays to treat people the way you want to be treated. It was also my wonderful family and the high quality care we received at the Royal Columbian ICU.” Recently his family surprised him with a 60th birthday party. Ninety of his family, friends and coworkers from Safeway — where he managed the bakery before the accident — showed up to celebrate and support him. Instead of gifts, guests brought donations to help fund the new ICU under construction. The event raised $2110.

“We are forever grateful for the outstanding team of doctors and nurses who helped all of us through this very, very difficult time, but especially what they did for our dad,” said Karen.