James Milne had gone down the hill on his skateboard many times before. This time however, the ride was near fatal. The Langley 17-year old lost control, crashed and suffered a traumatic brain injury. He would soon need emergency surgery at Royal Columbian Hospital, and his story serves to remind us of the importance of helmets.

“I got speed wobbles going down, and then I fell,” says James a couple of months after the accident. There’s very little he remembers about the two days following the tumble that knocked him out.

His mother Audrey received the call that Friday evening, only 15 minutes after she had watched her son leave with his friends. The group had brushed aside her request to wear helmets. “I should have done something,” Audrey says in hindsight. “I had this feeling.”

Now, James’s friends were on the phone with her, worried about the seriousness of his fall. When she arrived, her son was conscious again but scraped up and unsure about his whereabouts.

The family made their way to the nearby local hospital. As they waited in emergency, dad Graham says James appeared lucid.

“He was starting to get himself back together,” says Graham. “You could tell he was in a lot of pain from the cuts on his face, and you could tell he had some level of concussion, just by looking at his eyes. But he was talking.”

He was diagnosed with a concussion, and the family was urged to keep a close eye on him at home. Unfortunately, the next day would get worse. 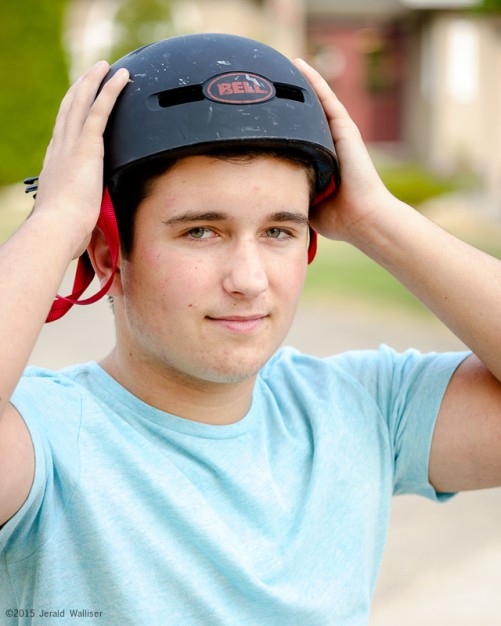 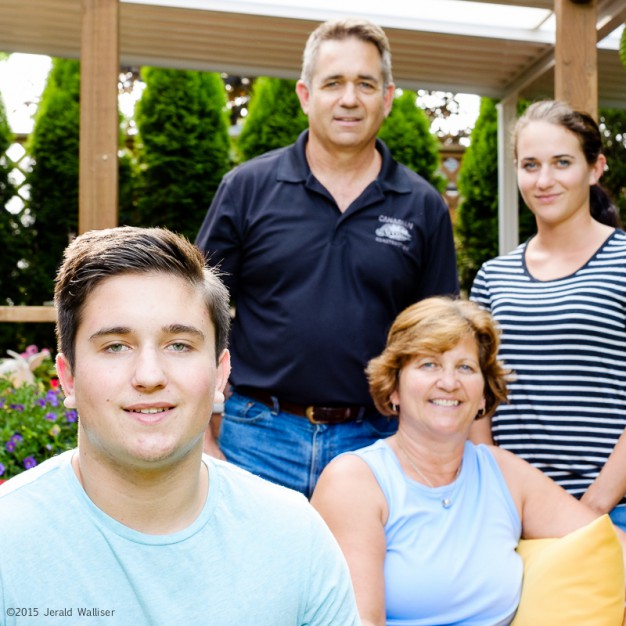 Left: James Milne encourages others to wear their helmets to avoid life-threatening injuries. Right: James and his family.

By mid-morning, James took a shower and had some breakfast. By mid-afternoon, a pain above his eye was growing in intensity. He threw up and was increasingly sleepy. Even a visit from his friend didn’t boost his energy. By the evening, with Tylenol unable to provide any relief, his mother noticed a change in James’s eyes. The family had been warned to look out for dilated pupils.

They struggled to dress him and load him into the van. Back at the local ER, his dad pleaded for immediate attention. A nurse took a look and brought the family in. A CT scan was ordered.

By this point, James was becoming unresponsive. With the family stunned at the rapid downward spiral in James’s condition, they discovered he had a bleed inside his head.

An epidural hematoma is a life-threatening buildup of blood outside the brain tissue.

“Usually it’s from a skull fracture,” says Royal Columbian Hospital neurosurgeon Dr. Navraj Heran. “The head impacts something and the bone breaks. The bone tears a vessel in the lining and you get bleeding.”

James was rushed by ambulance to Royal Columbian Hospital – the designated centre for neurosurgery in Fraser Health – where Dr. Heran was planning a brief procedure to save the teen’s life.

“It was probably the longest 20 minutes of our lives,” recalls Audrey. “Dr. Heran came out and that was it. He said it was fine. It went exactly as it should.”

James spent three days recovering in hospital before going back home to a grateful family.

“Once we got to the right person, they just did it so quickly,” says Graham. “Everything just went click.”

His parents expect James to make a full recovery, and he spent part of the summer catching up on his homework after missing the final weeks of the school year.

The family wants everyone to take the use of helmets seriously.

“If he had had a helmet on, he probably would have had a concussion, but it would have protected that area right where he had the bleed,” says Audrey.

“You have to make a decision: you either don’t ride the skateboard, or you wear a helmet,” adds Graham.