There must be some mistake, thought Johnny Gahir. After all, the robust, energetic 37-year-old father of two from Surrey exercised regularly and took good care of himself. But there was no mistaking the chest pains he was experiencing after coming home from the gym. A cardiology stress test at his local hospital revealed a shadow on the front of his heart and the need for a referral to Royal Columbian Hospital’s cardiac care team. 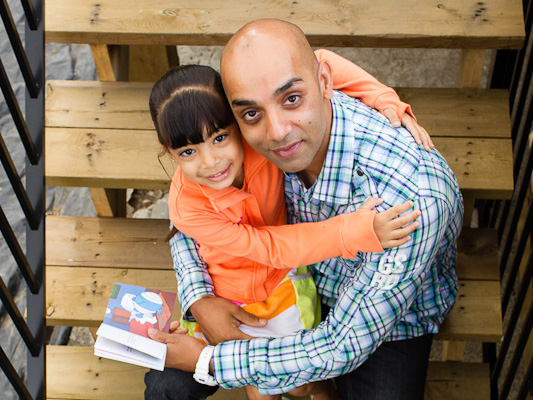 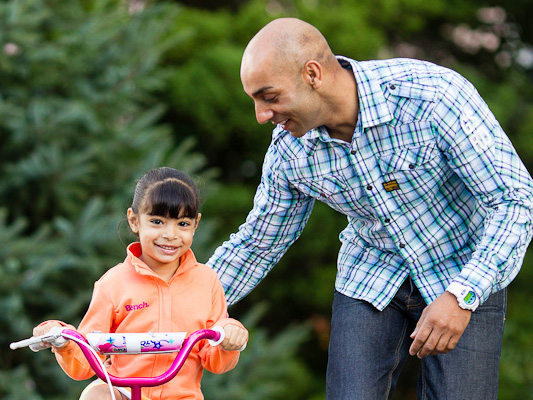 The cardiac catheterization lab at Royal Columbian revealed Johnny had an 80 percent blockage to his main artery. The interventional cardiology team performed an angioplasty to insert a stent and restore the blood flow.

The following Valentine’s Day, Johnny had an unusual feeling in his chest. He went to his local hospital, and was immediately referred again to Royal Columbian for another stent.

Life returned to normal for a while. However, while crossing the Canada/United States border in January 2012, Johnny experienced more chest pains. As his heart condition was proving to be resistant to treatment with stents, Royal Columbian cardiac surgeon Dr. Daniel Wong opted to perform open heart double bypass surgery.

“You don’t normally expect to see a patient in their 30s with an absence of risk factors like genetics, poor health, etc. suffering from heart disease, but it happens,” says Dr. Wong.

Now, nothing is holding Johnny back from going about his regular routine, which includes riding on his motorbike and running after his children.

“Half of my job is to treat the disease, and the other half—perhaps the most important—is to help patients understand the disease and what they can do to help themselves,” says Dr. Wong. “Johnny is doing extremely well as he has really taken charge of his health in this respect.”

Says Johnny of his experience at Royal Columbian: “From the moment you’re born until you pass, at some point you’re going to need the caring hands of physicians and medical professionals,” he reflects. “If you’re fortunate enough to be cared for by the quality staff at Royal Columbian, you’re blessed.”