Rose Aviado had not been feeling well the night before. Despite that, as she woke up this October morning, the Surrey resident decided she would not call in sick. Instead, Rose headed off to work with her husband Cesar, as usual, walking part of the route to the office where they both worked. It was on their way there that the seriousness of her condition started to become clear. Rose complained of dizziness then stumbled to the ground. She would suffer the first of several cardiac arrests that day and in the process would become the first patient at Royal Columbian Hospital to have her life saved with the help of a new donor-funded piece of equipment that had arrived just the day before. 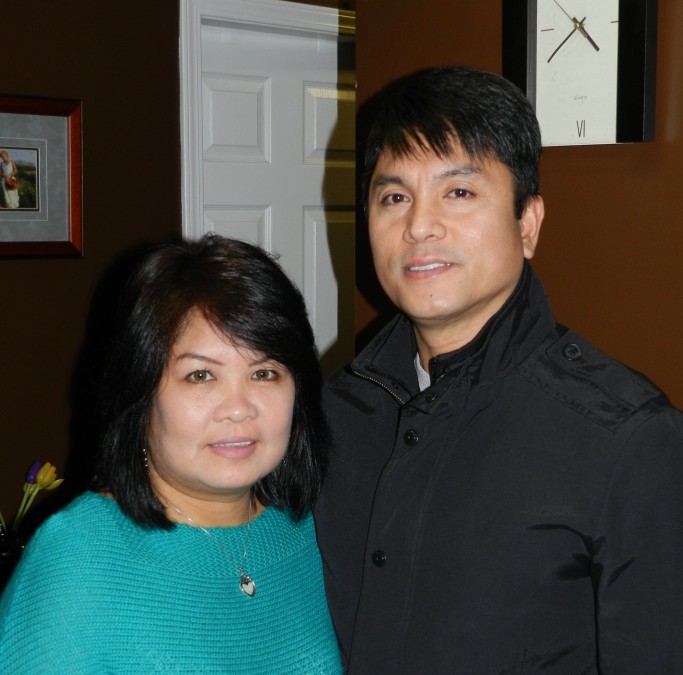 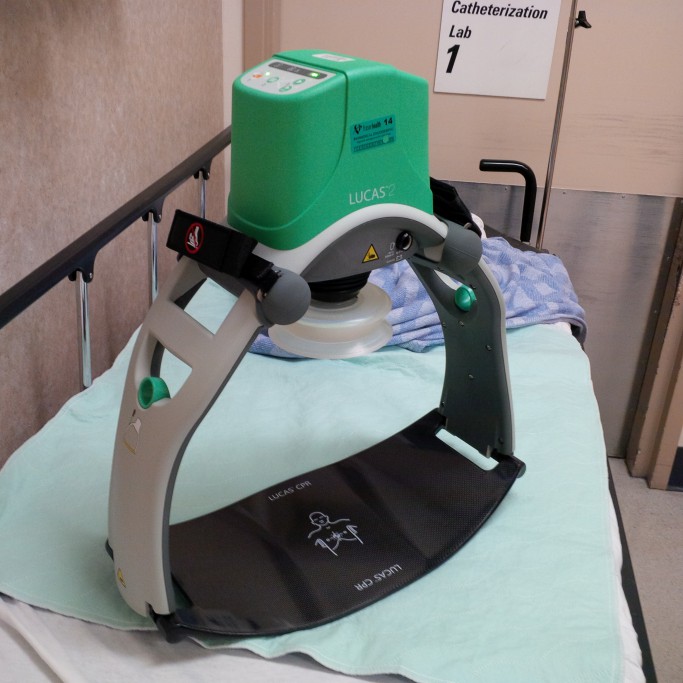 As Cesar called 911, he says his wife struggled to breathe. Then, he says she stopped. Someone from a nearby RCMP building rushed over to perform CPR. “We put Rose on her side,” recalls Cesar. “He checked her pulse, and it’s not there, so he lay her down on her back, and then three to four pumps, she came back.”

Paramedics worked on her next. Rose was eventually taken to nearby Surrey Memorial Hospital. From there, she was referred to Royal Columbian Hospital, the region’s cardiac intervention centre. Rose needed a stent to open the main coronary artery.

Registered nurse Kathleen Klomps was working in Royal Columbian’s cardiac catheterization lab as Rose was brought in. The day before, Kathleen had been among a group that had been introduced to a new piece of equipment that donors to Royal Columbian Hospital Foundation had purchased.

The Lucas 2 chest compression system is designed to come to the rescue of people who suffer sudden cardiac arrest. The machine performs consistent and regular compressions to keep the blood flowing when the heart stops. The equipment avoids the need for manual compressions, a difficult and exhausting task that can involve a number of health professionals who must switch out regularly as they become tired.

“When you do the compressions manually, you usually try and get a few of the bigger, stronger people, and you rotate through as much as you can,” explains Kathleen. “With this machine, any one of us from the team could push go.”

The medical team had begun Rose’s angioplasty when she suddenly went into full arrest again. Kathleen called out for Lucas 2. With instructions still fresh in their minds from the previous day’s orientation, Kathleen and a colleague directed the rest of the team as they set up the equipment.

Rose would suffer a few more cardiac arrests as the hospital worked to save her life, using Lucas 2 and defibrillators to try to gain the upper hand on a life-threatening situation. It took close to an hour of intense work before Rose was considered safe again.

As a result of that effort, Rose survived her cardiac emergency. Kathleen says the chest compression system played an important role. “It definitely had a very large impact in keeping her alive and giving her a good quality of life,” says the nurse.

Rose’s husband Cesar is grateful to the medical staff, as well as the donors who played a role in her care by funding the chest compression system. “I appreciate everything: the nurses, the doctors, the equipment. That really helps us,” says Cesar. “It’s not just her that it helps, but us too, because we still have her.”