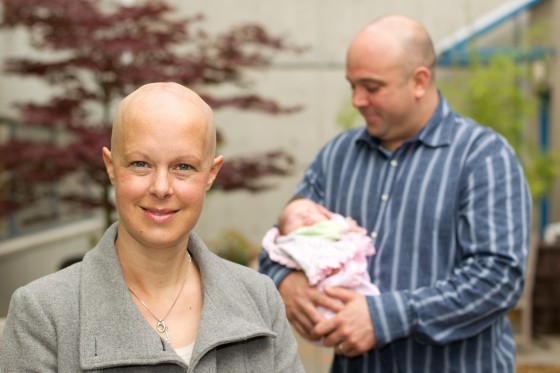 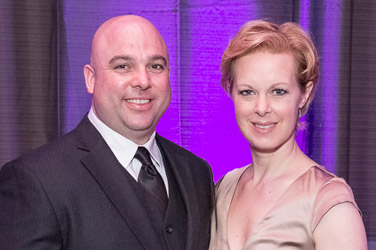 Shannon started her battle with cancer back in 2005 when she had a mole removed that tested positive for melanoma. The cancer returned in January 2010 in her lymph nodes on her right side, which were subsequently removed. Not focused on anything else but beating cancer, Shannon and her husband Brad were surprised when they found out they were pregnant in December 2010.

Shannon enjoyed a healthy pregnancy until May 21, 2011—the day her foot went numb. Assuming it was a normal symptom of pregnancy, she didn’t think much of it until her condition grew worse. “I started feeling weak… not well, and my handwriting was going wonky,” recalls Shannon.

An emergency MRI scan at a local hospital showed two large masses in Shannon’s brain. “We were astounded,” recalls Brad, who was told that there wasn’t anything that could be done forShannon except ease some of the pressure being caused by the tumours. There was a chance that they could keep Shannon alive long enough to deliver the baby, but she would need to be transferred to RCH, which has a team of neurosurgeons, high-risk maternity and neonatal intensive care specialists all under one roof.

“Those were the two worst nights of my life,” recalls Brad. RCH Neurosurgeon Dr. Richard Chan was on-call when they arrived at RCH on the night of Saturday, June 11. Upon meeting Brad, Dr. Chan, referring to the two malignant tumours in Shannon’s brain, simply said: “They’ve gotta come out.”

Brad tearfully kissed his wife goodbye as she was wheeled into the OR, not knowing if Shannon or their baby would survive. After six hours in surgery, Dr. Chan emerged saying, “I got it all and the baby is fine.”

“I can’t express what a relief it was,” says Brad. During the next few weeks at RCH,Shannon slowly regained her ability to walk, talk and function normally again. “When I say it’s a miracle, I truly believe it is,” said Shannon’s Dad, Langley Township Mayor Rick Green, in a media interview.