Stanley Franks was in his third season with the BC Lions. During a game on July 8, 2011 against the Calgary Stampeders, he dislocated his left knee.

The Lion’s medical trainer along with team physician, Dr. Dory Boyer who works at the Royal Columbian Hospital, had him quickly moved to the locker room. Unable to detect a pulse in Franks’s foot, Boyer arranged emergency transport to the Royal Columbian where vascular surgeon Dr. Kamyar Kazmie was waiting.

There was no choice but emergency surgery and there was a risk that Franks’s leg would need to be amputated. He told the Vancouver Sun that “you’re scared not knowing how you’ll wake up, scared about the future. I felt it was in God’s hands.”

The surgery lasted four hours but Dr. Kazemi was able to save Franks’s leg by transplanting a vein below his left knee to restore blood flow.

Four weeks later, Dr. Darius Viskontas performed surgery which included the posterolateral corner ligaments in Franks’s knee—Viskontas being one of only three surgeons in BC qualified for this work. 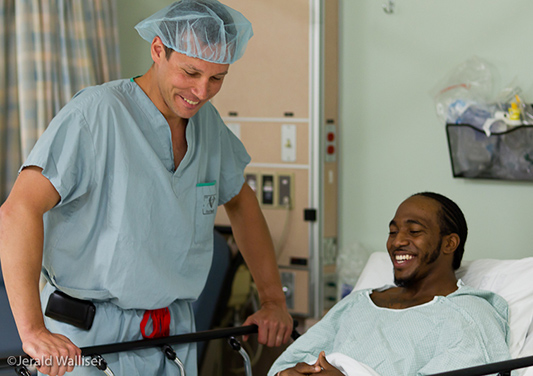 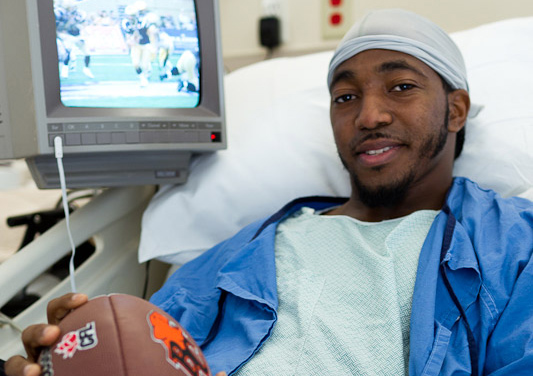 The Royal Columbian emergency room gets tens of thousands of visits a year but Viskontas says he has never seen a sports-related injury as serious as Franks’s.

Dr. Boyer summed up the night of July 8th by telling the Sun that “we needed to have a good team in place on all fronts—from the field of play, to transport, emergency and the vascular surgeon. We really had a group of all-stars that night.”