Being active is a big part of Susi Kerr’s life. The Tsawwassen resident is a personal trainer who has her own studio in Vancouver. She has run competitively through high school, university and on the national team. And she and her family have enjoyed waterskiing for many years. But a serious accident on Harrison Lake during a summer getaway put all of that in danger. In the minutes before she underwent surgery at Royal Columbian Hospital, Susi feared she would never walk again.

The water was perfect on the morning of August 11, 2014, and the Kerr family left their cabin for another day on the lake. As the sun rose over the mountains, Susi locked her feet into the boots and took the first turn on the slalom ski, while her husband and son rode the boat.

Susi was feeling good and remembers the curious seals that would pop their heads out of the water to follow her. She estimates she might have been going 40 miles an hour as she cut across the lake. That’s when something went seriously wrong.

“My whole ski just slipped out from under me, and I just face planted,” recalls Susi. “I was unconscious when I hit the water, apparently. I came up and thought I had broken my arm.”

She credits her husband—a firefighter—and her son for cautiously helping her out of the water while bracing her head. An ambulance was called as the family made its way to the marina, trying to make the boat ride as smooth as possible.

It was at some point before arriving at the marina that Susi felt the pain in her arms. She says it was like her hands were on fire. “They just hurt so bad, like flames were on them,” remembers Susi. “You couldn’t touch my hands. Even blowing or moving air was killing them.”

From the marina, Susi was placed on a stretcher, fitted with a collar and loaded into an ambulance bound for Chilliwack General Hospital. There, some x-rays began to reveal the true damage.

It wasn’t her arm, but her spinal column. The x-rays raised concern around her 5th and 6th cervical vertebrae. That led Chilliwack Hospital to contact Royal Columbian, the region’s neurosciences centre. After a consultation between the two hospitals, Susi was transferred to Royal Columbian, where she says a team of health care professionals quickly set out to make her comfortable.

“They were amazing. The nurses were amazing,” notes Susi. “They got me organized, put me in a gown and did all that stuff: catheter, IV, drugs. They reassured my husband.”

Denise Kelln is among the nurses who were involved in Susi’s care and says the risk of permanent injury was real. “When Susi arrived, we did a full neurological assessment, finding out what her status was, prioritized her care needs, and made sure she was comfortable and safe,” explains Denise. “Susi was scared, and I was scared for Susi too.”

MRI and CT scan imaging tests were scheduled, and neurosurgeon Dr. Michael Nikolakis studied the results. “When her head snapped back during her fall, she ripped the disc between the 5th and 6th vertebrae,” describes Dr. Nikolakis. “Those two vertebrae were moving relative to each other, and she pinched her spinal cord at that level.”

That partial spinal cord injury helped explain the burning sensation that was causing so much pain in Susi’s hands. Surgery would be needed soon to prevent the injury from getting worse.

“It’s important to stabilize and decompress the spinal cord as quickly as possible,” explains Dr. Nikolakis. “Without urgent neurosurgical intervention, Susi probably would never run again and may not walk again.”

For Susi, whose career and personal life revolved around being active, the reality of her injury was startling. “I started crying,” she says. “I have to be able to move. Dr. Nikolakis just held my hand and said ‘I’ll treat you like my mother and my sister.’”

During surgery, Dr. Nikolakis removed the fractured disc between the C5 and C6 vertebrae and put in a spacer and a titanium plate. “By removing the piece of disc, decompressing the spinal cord and then stabilizing those two vertebrae, we allowed her spinal cord the optimal environment to recover,” says the neurosurgeon.

As she awoke following surgery, Susi’s thoughts quickly turned to whether she would be able to run again. The answer: not today, but soon. “I was just ecstatic,” Susi beams.

Susi shifted her focus to her recovery, pushing herself to walk further each day during the first few weeks. During week six, she went jogging for eight kilometers. 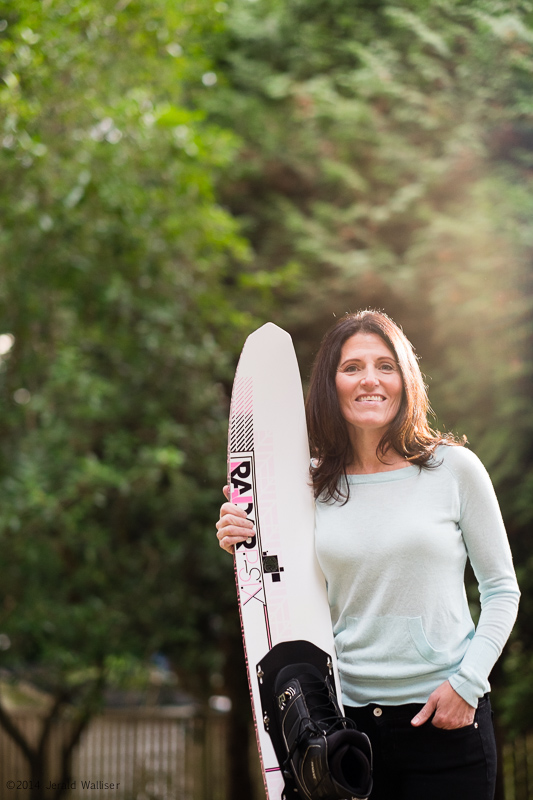 “Her recovery is remarkable,” says Dr. Nikolakis. “It’s remarkable both because of her and her determination to get better and also a certain amount of being very fortunate that the injury was picked up before it progressed to a complete spinal cord injury.”

Nurse Denise Kelln agrees. “She recovered really well because of her stamina, motivation and her strong will.”

Susi is grateful for the actions of a number of people, from the initial steps taken by her husband and son immediately after the accident, to the doctors and health professionals at Royal Columbian Hospital. “The professionalism. I think they are the ones that saved me,” Susi says. “They just took charge and made you feel good. Dr. Nikolakis is amazing. The staff are fantastic. They were just awesome.”