A devastating fall begins one man’s journey through Royal Columbian Hospital’s services — from trauma to rehabilitation.

It was a day like any other. On a sunny Sunday in August 2011, 48-year-old Tom Leggett was replacing a rotted fascia board on his Coquitlam home. His wife Vivian was out doing errands, while their two boys, ages 15 and 19, were in the house relaxing. There was nothing to indicate that something terrible was about to happen, but it did, and 15-year-old Ryan was the first to realize it.

Ryan found his dad lying on the driveway after falling four metres from a ladder, blood trickling from his left ear: “He wasn’t focusing on anything I said, and he kept trying to get up, but couldn’t. I knew something was seriously wrong and called 911.”

Ryan then called his mom on her cell.

“As soon as I heard the words, ‘Dad has fallen,’ I just had to get home because the last time I’d seen Tom was on that ladder,” says Vivian.

On her way home, she passed the speeding ambulance carrying her husband to Royal Columbian Hospital. There, a team from Trauma Services, which oversees the care of critically injured patients from around BC, was already mobilizing.

It was here that a top medical team would help Tom fight the toughest battle of his life—and win.

When Tom arrived at RCH Emergency, trauma team leader Dr. Neil Barclay immediately ordered a battery of tests—ultrasound, CT scan, X-rays and lab work. Ninety minutes later, he and his team had a clear picture of Tom’s injuries: a skull fracture, two bleeds inside the brain, a broken clavicle, six broken ribs, a collapsed lung and a broken left foot.

Barclay’s top concerns were the damaged lung and the bleeding in Tom’s brain: “If you don’t take care of the brain early on, the patient can suffer complications and the neurological outcome might not be good. The danger with lungs is that the damaged parts can stop functioning.”

After consulting with a neurosurgeon and thoracic surgeon (a specialist in heart, lung, esophagus and other chest organ surgery), surgery was ruled out. The team opted instead to monitor Tom closely over the next several days to ensure the bleeding in his brain didn’t increase and his lungs didn’t collapse further.

Tom did improve. His broken bones and collapsed lung healed quickly and he was soon talking about going home. However, on day 10 he was told he couldn’t leave RCH until he was able to walk out.

“He was determined,” says Vivian. “I’d take a step and have to wait for him to catch up and you could see he was in pain, but he kept going. This was a man who hiked five kilometres every day and now he could barely make it to the nurse’s station.”

Tom kept at it, and with the help of occupational therapists, he was able to go home two days later. 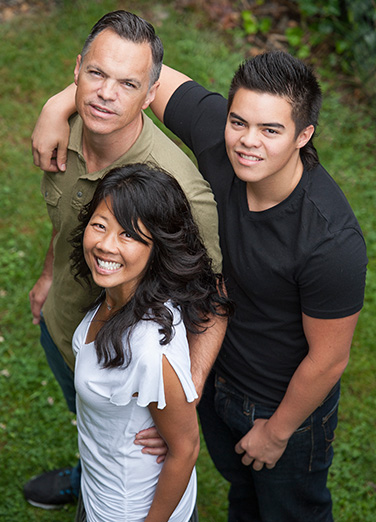 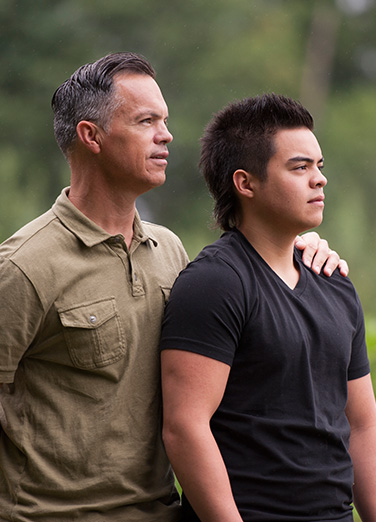 Although Tom was out of hospital, he wasn’t out of the woods. He quickly discovered that there’s nothing simple about brain injuries. They can cause an array of symptoms; from nausea and dizziness to headaches, paralysis and seizures, to more subtle cognitive impairments like memory loss or personality changes.

Tom suffered dizziness at first, but it was memory loss that troubled him most, particularly when he thought of going back to his job as a labour relations consultant—work that requires quick thinking and easy recall of complex labour and employment law.

“For the first six months after my fall I couldn’t function at all the way I used to,” says Tom. “I’d forget words. I had trouble reading. I couldn’t do word puzzles and I’d get confused easily.”

Fortunately, Tom didn’t have to muddle through on his own. RCH Trauma Services’ nurse practitioner, Kathleen Fyvie, not only referred him to the Concussion and Cast Clinics and an ear, nose and throat specialist for some hearing loss in his left ear, she also arranged for occupational and speech therapists to visit Tom in his home.

“The speech therapist gave me some tools to help me remember,” says Tom. “Once I realized they worked, I was prepared to invest the time to get back to where I was before my fall.”

The results are clearly worth the effort. Less than a year after his accident, Tom is reading and doing word puzzles again. His vocabulary is back. He’s hiking regularly and he’s looking forward to getting back to work.

He even manages to be a little philosophical about what happened to him: “I’m not glad I had the accident, but the care I received at Royal Columbian was outstanding, and I think I’m a much better person for it. I work with people with disabilities and now I have insight into just what it takes to go through a traumatic event.”