In November of 2004, CFL coach Wally Buono fell just short of leading the BC Lions to a Grey Cup victory, losing 27-19 to the Toronto Argonauts. But as hard fought and grueling as that game was, his toughest battle was yet to come.

I felt I was taken care of by the best.

Two months earlier, Buono started noticing chest discomfort during his regular running and weight lifting sessions. He consulted his internist, and after an angiogram, it was revealed that several arteries supplying blood and oxygen to his heart were severely narrowed. The main artery was more than 60% blocked. “I was told that I had a ‘widow’s artery’, because when it gets plugged, you don’t get a second chance – you die, “ said Buono.

Despite the severity of his heart condition, Wally Buono was determined to lead his Lions through the playoffs before undergoing surgery at Royal Columbian Hospital. “I just told them it couldn’t be done until after the football season, so obviously they must have thought I was nuts.” No one knew of his condition except his wife, his RCH surgeon, and the team doctors. He even kept it from his players, so they would stay focused on their gameplay.

After making it all the way to the CFL Final, but falling short of hoisting the Grey Cup, Buono revealed his aliment to his players and the press. Throughout it all, he remained positive – even joking that “If the game didn’t kill me, nothing will.”

A few days later, Buono was admitted to Royal Columbian Hospital and underwent triple cardiac bypass surgery. After hours of careful and dedicated work by the RCH surgeons and cardiac team, the procedure was a success. But the cardiac team still had to focus on post-operative care to get Buono through the physical and emotional challenge of major surgery, and to ensure a full and speedy recovery. 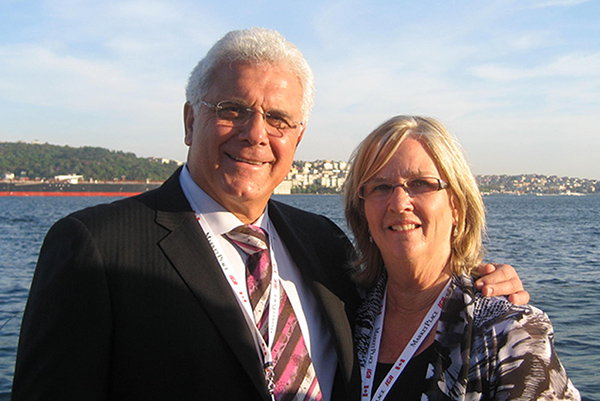 “The entire team is really into their jobs. They kept me informed and helped me every step of the process. The team is so upbeat – from the physicians and nurses to the physiotherapists and volunteers – everyone was so certain of my complete recovery,” said Buono. “I was out of bed, taking only Tylenol and walking around the day after my surgery. I was home in just five days and on a beach in Hawaii 12 days after getting home.”

A year after his triple bypass surgery, Wally Buono returned to Royal Columbian Hospital to visit with patients and thank the cardiac team. He even volunteered his time to be the spokesperson for the RCH Foundation’s public awareness campaign. “I support the RCH Foundation because the Cardiac Team was there for me when I needed my open heart surgery. We’re fortunate to have the quality of teamwork we have at RCH,” said Buono. “I will never forget how caring and supportive they were to my family and me during this difficult time.”